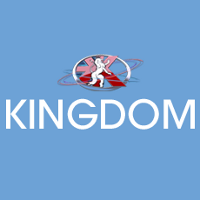 Kingdom is very happy, in fact jumping for joy, to announce that they passed their recent ACS audit with a record score of 161, increasing their overall accreditation score from 146 last year and 137 the year before.

The objective of the SIA’s Approved Contractor scheme, according to their website, is to “raise performance standards and to assist the private security industry in developing new opportunities, while better serving customer needs.” The SIA Approved Contractor Scheme gives organisations the opportunity to distinguish themselves as being among the best providers of private security services in the UK.

To be accredited under the scheme, security companies must voluntarily submit themselves for annual inspection by one of 5 UKAS inspection bodies appointed by the SIA to carry out the task. They are then assessed and given a score. They must achieve a score of at least zero (which is considered to be a satisfactory score) to receive ACS accreditation. This year, Kingdom’s score increased from 146 to 161, which is an absolutely incredible result. The maximum overall score that can be achieved is currently 174, so Kingdom’s score of 161 will place them in an elite group of the top 5% of ACS security companies in the United Kingdom.

Kingdom’s audit took place between the 14th and 22nd September. It started in Kingdom’s new London office, moved on to the Midlands and Kingdom’s Spalding office, and ended at Kingdom’s National Support Centre in St Helens. A number of high profile clients were visited in each area, with the majority of sites and customers visited in London. Overall a total of 12 static and key holding sites were visited, with 50 personnel interviewed and three customers spoken to.

Nothing but positive feedback was received throughout the audit, but Kingdom’s performance at IKEA in Peterborough, which was one of the sites visited in the Midlands, was singled out for high praise in particular. The auditor said in his report that “although all visits conducted were of a very high standard, the visit to the IKEA in Peterborough was, the best location ever visited.” The auditors were also particularly impressed with the innovative approach of Kingdom, commenting positively on KingdomKore, KingdomKonnect and KingdomShield.