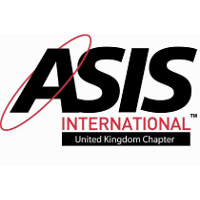 Following the ASIS UK AGM on December 10th, hosted by State Street Bank in Canary Wharf, David Clark CPP PCI PSP was elected as the new Chairman of the UK Chapter and will take office on January 1st. He along with Dr Peter Speight CSyP, Dawn Holmes MSc CPP, and Steve Emmins had been co-opted to the ASIS Board during the course of the year and were formally elected at the AGM.

David Clark CPP PSP PCI has been in the security industry for 21 years since leaving the army in 1993.  He has held a number of senior security positions both within corporate organisations and in the private sector, he is currently Head of Security for the Francis Crick Institute, a brand new globally renowned unique scientific research centre in London which is due to open in early 2016.  Previously, David has led on a number of Policing and Counter Terrorism initiatives in London’s South Bank and in recent years has designed and implemented executive protection and physical security programs for major companies in the UK and overseas.

He is a member of the ASIS CSO Roundtable, AUCSO, a committee member and secretary of the Project Griffin London Executive and current Chair of the Security Commonwealth on behalf of ASIS UK. He replaces Andy Williams CPP who leaves the Chairmanship after two years to take up a European role for ASIS International as Assistant Regional Vice Chairman of Region 9A.

David takes up the role at an exciting time for the chapter, with the ASIS European Conference returning to London April 6th – 8th and the launch of a number of exciting educational and partnership initiatives to be announced shortly.  Each Chapter is self-funding and support for the chapter from sponsors, partners and exhibitors was at an all-time high in 2015 which demonstrates the value and prestige associated with the ASIS brand and the hard work of the volunteer leadership of the chapter.