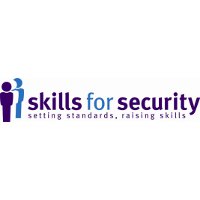 Skills for Security has announced the extension of its scope to the Middle East, with a new partnership set to deliver accredited security training in the region.

SGW Consulting Group, a well-established and reputable training provider with existing consulting operations in the United Arab Emirates, has agreed a partnership with Skills for Security which will see the company delivering a number of accredited short courses in the GCC region of the Middle East throughout 2014.

Beginning in March, the first group of courses will focus on search, armed robbery and security surveying, and is planned to coincide with the popular International Security and National Resilience Exhibition and Conference in Abu Dhabi. Further courses are also planned in Dubai later in the year.

This announcement follows the results of some exploratory research performed by SGW Consulting, which assessed the demand for security training courses in the Middle East region.

“We are delighted to be working with SGW Consulting to widen our scope into the growing market in the Middle East, which British Security Industry Association research recently revealed to be a key target market for UK security suppliers. Working with such an established company will help us capitalise on the growing overseas interest in UK solutions and training, and we look forward to expanding on this further as the year progresses.”

Commenting on the new partnership, Simon Whitehouse, Managing Director of SGW Consulting Group said: “We experienced high demand for externally accredited safety and security training programmes during 2013. Post course delegate feedback from our previous Middle East courses shows tremendous interest for occupational standards and recognised qualifications in this sector. We are delighted to be working in partnership with Skills for Security in International locations.”

A full course calendar for 2014 will be announced by both partners later this month.