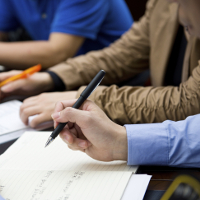 Yesterday the Security Industry Authority (SIA) and its delivery partner Pye Tait Consulting published their findings from the extensive consultation that took place in phase one of the project to review the Approved Contractor Scheme (ACS).

Overall feedback from the consultation shows that the existing ACS is functioning well.

Nevertheless, a number of improvements have been identified, and the SIA will work with Pye Tait to deliver these during the subsequent phases of the review. Some of the improvements include:

A summary of the main findings and recommendations from the first consultation and the SIA’s response is available on the SIA website.

During January and February 2018, the SIA will be working with Pye Tait Consulting on the next phase of the review of the ACS. They will be asking stakeholders for their views on the proposed changes to the scheme, including the ACS standard and the Self-Assessment Workbook (SAW).

There are a number of ways for approved contractors, non-ACS security contractors, buyers of security, assessing bodies and other stakeholders to get involved:

Proposals for a revised standard and SAW will be available shortly via Pye Tait’s ACS Review Portal. The portal will be hosting an online survey for people to share feedback.

The SIA is planning three discussion workshops to gather in-depth feedback on the way forward and proposed changes. They will take place on the following dates and locations:

You can express your interest in participating, and find out more, here:
www.pyetait.com/ACSReview

The revised standard will be implemented this summer. The transition will be managed to enable businesses to prepare for this change. It is likely that businesses will not be assessed against the new standard until late 2018/early 2019.