In Part Two of the Liz France Infologue.com Big Interview we examine ethnic diversity and career progression within the security industry, as well as diversity within the Security Industry Authority itself.

The following has been added to provide context to the interview.
The Equality Act 2010 created a public sector equality duty (PSED) which replaces the race, disability and gender equality duties. The Act requires public sector bodies to eliminate unlawful discrimination, advance equality of opportunity and foster good relations.

The Act protects people from discrimination on the basis of ‘protected characteristics’. The relevant characteristics for services and public functions are: Race – Disability-  Gender – Sexual Orientation – Age – Religion.

As a public body the SIA is required to meet the public sector equality duty under legislation. This includes promoting professionalism of individuals and companies within the private security industry including regard to equality and non-discrimination.

We want to help the industry professionalise…
“I think the industry has a lot to do to professionalise, we want to help it and we want to improve standards. I think one of the things I’m really proud of is the number of people who have gone through the whole process and got a security qualification at the end of it. It is a form of personal improvement for them. The industry should be making information available that highlights the security industry as a career to people of all ethnicities and genders. There is some work to be done with schools. The security industry should be mentioned when a student goes into a meeting with their school careers advisor. It’s for the industry to professionalise itself and sell itself as something that offers a career. I often get told quite often is that there is no career progression, it’s all ground level”. 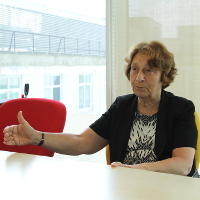 The gender and ethnicity breakdown for the SIA is as follows:
Gender is 53% male and 47% female.  In terms of ethnicity, the make-up is as follows:  Asian – 14%, Black – 17%, Mixed – 4%, Other – 5%, White – 56%, Not recorded, not disclosed – 6% (Total 102% due to rounding). “We have one person who has completed the maximum term in January and I have already pointed out, in my recommendation to the Home Office, that they may want to keep the gender split in mind.  Appointments at the SIA are merit based.  All I can say is that it clearly is open or else I wouldn’t be there. If we look at the senior team and take the Chief Executive and the three directors then it’s 1 in 4, which is 75% male and 25% female”.

“I think the industry has a long way to go in understanding equality and diversity. When you ask me, am I concerned about it? Of course I’m concerned about the balance on the Board. However when I look at our staff in general I don’t think it’s an issue that I have to be concerned about. We appoint on merit and lo and behold we have a diverse team”.

Educating buyers…
Liz discussed the role between the Security Industry Authority and buyers. “I mentioned two of our strategic themes; however in addition, we also need to educate buyers about what they should expect”. 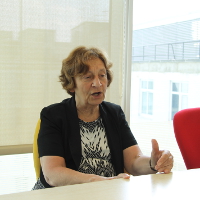 Passed over for promotions…
In March 2016 the SIA published research which focused on gender, ethnic minorities and disabilities. This independently conducted research looked at comparing the security industry with other industries including passenger transport, construction and the Police in relation to levels of equality and diversity. The research highlighted that there are significant improvements that need to be made to make the security industry more equal and diverse.

Liz France explained: “Part of it was the qualitative research, people saying that they thought they were being passed over for promotions. I don’t recall any hard data; I believe it was all from our recent research. The only hard data, I suppose, is looking around and not seeing that many minorities in jobs. That’s looking at it backwards however. If it’s a pure meritocracy then who are we to say who comes out at the top. It’s whether there’s been that opportunity for everyone to compete”.

Risk based regulation….
I put to Liz that there is a perception amongst minorities that they are paid a lower wage, in some instances. “We’ve been looking at that. It depends what you mean by less. Clearly if they’re not being paid the minimum wage or the new Living wage then there’s an offence.   We are looking at that. We’re working with HMRC, Immigration and the Home Office strategic team to stop modern slavery. All of that plays into the work that our Partnerships and Intervention teams do when they come across abuse”.

“Everything comes down to evidence however, we can only attempt to influence. We want to see standards improved and see the industry take the initiative, rather than us being a Regulator and running after everyone all the time. We should be spending our time setting some high level standards and examples, and then using our resources to make sure that the worst behaviours are kept out of the industry. Risk based regulation”.

“This is a long journey; we’re not going to have results overnight. What we have to do is not put it on the back burner. It’s about what we can appropriately do as the Regulator to keep a spotlight on these issues. We need to make sure that when the opportunity arises for one of our senior females or ethnic minorities to speak that we should encourage this. We need to encourage people to ask us to speak. It’s that kind of opportunity we need to find I think”. 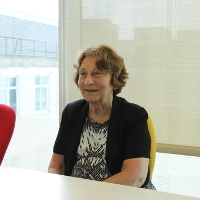 There’s a lot of work we’ve been doing on that…
Liz and I discussed the requirement of spoken English as a barrier to some for entering the industry. “Well, you should have sufficient English to communicate, and we do have a requirement. We receive feedback that on occasion frontline staff do not meet the required standard.  I think that all comes back to work we’re doing on the quality of the training and the assessment process. There’s a lot of work we’ve been doing on that. We are not the regulator of those who deliver our courses. We’ve created a post in the SIA to ensure the quality of the training meets our standards. We set what needs to be done and we’re working very closely now with the regulators in education. We’re also working very closely with the awarding bodies to make sure we keep standards up. That has to be an ongoing it’s a perennial process. The standard we set should be met”.

We have to remember what our remit and our role is…
Liz explained her pragmatic approach to the Regulator’s role in getting the balance correct. “As Regulator we can set what we deem to be the appropriate standard, we can highlight good practice and we can encourage best practice. We can also support companies who promote best practice, so there’s no reason why we cannot have a relationship with others out there.  However we do have to remember what our remit and role is, but it has limitations. It is a role set out in statute; it is a role being paid for by licence fees and we have to get the balance right.