In the second part of the interview with Peter Webster, Chief Executive of Corps Security, we cover his views on the state of the industry, the British Security Industry Association (BSIA), business licensing and the Approved Contractor Scheme (ACS).

We have a healthy security industry….
“I think it is interesting that we have a healthy security industry, despite what I often think are the industry’s best endeavours not to have one. There are many reasons the marketplace should be buoyant at the moment for companies who are forward thinking and dealing with the opportunities that present themselves. We are seeing significant threats that are occurring in Europe, and security is on people’s minds. It is logical that it is time for our industry to really shine through its security expertise and capability. But I really feel we don’t grasp these opportunities well enough as an industry.”

The BSIA has to give a real charismatic leadership to our industry….
Peter believes that the security industry lacks a strong trade association. He feels that the problem lies with the fact that, amongst other reasons, there are 17 sections in the British Security Industry Association, all vying for attention. “Some of the sections represent really tiny slivers of the marketplace, yet manned security, which represents 60% of the licence holders in the UK only seems to have a disproportionately low level of influence and attention. I would suggest that, somehow, the trade association needs to change to understand the needs of its members. From a commercial point of view it needs to understand the needs of the people who are contributing most to it. I would advise the BSIA to have a real hard look at its structure, its strategy, and its aims – so that it truly represents the different elements, both to government and within the media.”

Peter believes that in the manned security sector there are a lot of issues surrounding employment, which appear to be of low importance to the huge majority of the different BSIA sections. “We need somebody to be out there saying, we want to be involved in consultation groups on employment legislation, the impact of TUPE, the National Living Wage, or whatever. There needs to be someone out there in the marketplace being vocal, pushing the industry’s views and promoting the good side of our industry. Unfortunately you just don’t see it happening. Until there is a fundamental revolution within the heart of the BSIA, I’m afraid I think our industry will remain rudderless.” 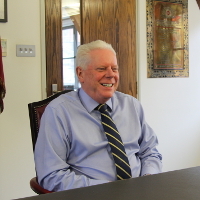 Peter says he is not calling for the demise of the BSIA, but a better way of managing the proportionality of output of the organisation in relation to the size of scope of its membership. He believes a professional integrated security industry would be better served by one industry trade and employer body that fairly represents all the bodies. “However, it has to be able to find a way of managing the proportions better than it does, and it has to give a real charismatic leadership to our industry.”

“Until our industry knows what the cost of business licensing is, what the cost reduction to individual licensing is, and what the increased administrative burden is going to be, how can anybody make a decision on whether it’s the right thing to do or not? I would’ve expected our trade association to be demanding of the Regulator, ‘Give us this information and then we will tell you whether we think it’s a good thing or not!’” 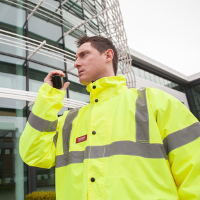 I’m a great believer in the Approved Contractors Scheme….
“That said, I’m a great believer in the SIA’s Approved Contractor Scheme (ACS). It works very well for us. It could definitely be a lot better, and there are things we could do to improve the ACS, maybe to tighten things up, or to improve them. But with the ACS, there’s a framework already in place that the good companies are a part of, and take an active involvement in. Again, if we had a good trade association that was engaging with the SIA to say ‘Look, these are the improvements from the ACS we’d like to see…’”

Peter believes that the ACS can be improved in a number of areas. “Again, I think the ACS is a good thing. But I think it could be better. Importantly, there is no publicity for the scheme, and no understanding in the wider marketplace of ACS. If I went to all of my customers and asked them about ACS, I would suggest to you that only 10 or 20 per cent would even know of its existence.”

“I also think there should be a system which bands ACS test results – maybe bronze, silver, gold and platinum. You could say the top 10% of scoring companies are platinum, the next 20% are gold, or whatever. That way, companies could promote the fact that they have gained a certain tier, or status. I think that would make it far more understandable in the marketplace, and it would recognise that there are different degrees of standards achievable. Perhaps the level of enforcement can be improved to make for more consistency in the auditing. But that is a primary responsibility of the SIA, so I think that can be done.” 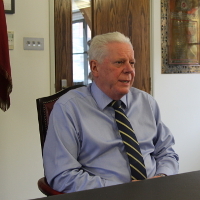 “Further, we would have no problem with ACS being made compulsory because we are an ACS company. I personally see there are advantages about getting somebody coming in to our organisation once a year and benchmarking us against a set of standards. We aren’t very good as an industry in sharing data. If you went to the retail industry for example, there’s lot of retail stats out there that everybody contributes to in an honest way and you can start to measure yourself and benchmark yourself against the competition. In our industry that does not exist, we are all holding things very close to our chest and we don’t really tell the truth. The only bit of public benchmarking is the Infologue Top 30 – which is the best bit of data that’s out there, but it’s also the only bit, really. We see the ACS as a way of getting someone coming into our business and helping us to identify ways we can continue to improve – so we embrace it and have no problem with it”.