The British Security Industry Association (BSIA) has successfully appealed more than £1m worth of parking charge notices on behalf of members of its Cash and Valuables in Transit (CVIT) section. 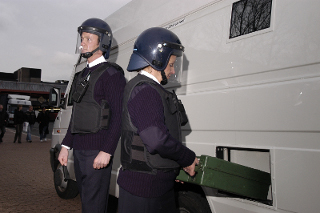 Since 2008, the BSIA’s dedicated parking charge notice (PCN) appeals team has been working on behalf of members to appeal parking tickets issued to cash-in-transit vehicles parked outside delivery points across the UK. Constant contact with local authorities has resulted in the team winning more than 16,300 appeals, saving member companies a total of £1,061,710.

With most major UK cities – including Birmingham, Glasgow and Manchester – allowing parking dispensation to cash couriers, 95% of tickets are now issued in London. However, support here is growing too. Following negotiations by the BSIA on behalf of its members, agreements are now in place to allow cash couriers special consideration in a number of London boroughs including Transport for London, Camden, Westminster, Wandsworth, Bromley, Enfield, Newham and the City of London.

Keeping couriers safe is the key objective of this work. With most robberies and attacks on couriers taking place as they cross the pavement, it’s essential to minimise the distance that they have to travel between the CVIT vehicle and the delivery premises, meaning that many vehicles are forced to park illegally in order to make safe deliveries.

Dick Hanks, CVIT Liaison Manager at the BSIA, comments: “We’re delighted to have reached this significant milestone in delivering such a tangible benefit to our members.

“Cash couriers face the risk of robbery and violence on a daily basis, with many victims suffering physical and psychological harm as a result. Members of the public and customers often become involved and it is their safety, as well as that of couriers, that is at the heart of this activity, and we’re thankful to the London boroughs and local authorities across the country for understanding the challenges that our industry faces, and playing their part in reducing this risk.”

For more information about the BSIA and the work of its CVIT section, visit http://www.bsia.co.uk/cash-and-valuables-in-transit