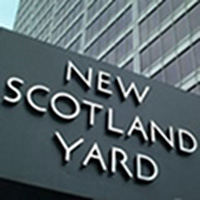 A major initiative designed to increase awareness of protective security and the contribution made to counter terrorism policing in London by all officers and staff in the Metropolitan Police Service is being launched today (Monday 26 November).

The initiative – known as Operation Penna – involves co-ordinated activity focussed on reminding the public of the vital role they can play in helping to protect the capital and providing reassurance by highlighting visible security measures being taken by police.

Activity will be taking place across all 32 boroughs between 26 November and 7 December with tactics including high visibility patrols around crowded places such as shopping centres and transport hubs.

Officers will be providing information and briefings to businesses explaining the ongoing threat from terrorism and what they can do to protect themselves from it.

Briefings will also be held for officers and staff on every borough to highlight the key part they play in counter-terrorism policing by providing a link between national expertise and mainstream neighbourhood policing.

Commander Richard Morris, from Specialist Operations, said: “Protective security is a key element of our counter terrorism strategy as it creates a hostile environment for people planning terrorist attacks.

He added: “Everyone has a role to play in keeping London safe from terrorism and this operation sees specialist officers working closely with neighbourhood officers and communities which is vital.

“Operation Penna builds on our engagement with communities and businesses in a variety of ways to counter the threat from terrorism and improve the protection from a terrorist attack, and other crime, offered to local businesses.

“The threat to London from terrorism remains real and serious so we encourage the public to remain vigilant and alert and to report anything suspicious to police.”

The operation is being co-ordinated by Specialist Operations in partnership with local officers across the MPS.

Anyone who has any information about unusual activity or behaviour should contact the confidential Anti-Terrorist Hotline on 0800 789 321.

In the event of an emergency always dial 999.