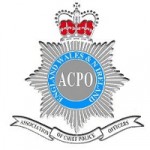 The service is already addressing the weaknesses identified in Her Majesty’s Inspectorate of Constabulary’s interim report on crime data integrity.

“Her Majesty’s Chief Inspector of Constabulary’s (HMIC) interim report on crime data integrity highlights both strengths and weakness in the 13 forces of 43 that have been inspected.

“There’s more to do to raise standards and get consistency across the country but it’s important to recognise that in many of the cases identified by HMIC as failing to comply with the Home Office Counting Rules there’s clear evidence that the public have still received an appropriate and responsive service.

“While the report identifies that the Home Office Counting Rules are not especially complicated, they can be interpreted by forces in different ways. We are working hard to rectify this through training and accreditation of force crime registrars led by the College of Policing.

“The vast majority of officers join the police motivated by a desire to protect the public; nobody joins the police service with the intention of recording crime inaccurately. However, it is clear that the service has not always met the standards of data quality that the public expects.

“The service is already actively addressing many of the weaknesses identified by the report: we’re reviewing the way we record sexual offences across the country and we’re working with the College to implement the Code of Ethics, which highlights the need for ethical recording. ACPO have already recognised issues with the out of court disposal framework and are currently working with government and other partners, including HMIC, on a review of the system. We are also working with the Home Office, HMIC, the Office of National Statistics (ONS) and the Crime Statistics Advisory Committee (CSAC) to regain the national statistics designation and ensure that the public have confidence in the police.”