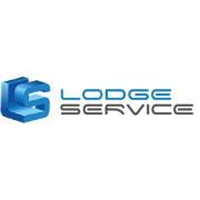 Gifts of clothing and other stock donated by the public to charity shops that are left on the retailer’s doorstep outside of opening hours are at risk of theft and may not be protected by the law, says Pete Thomas, a retail loss prevention specialist.

This follows a spate of incidents where Police were notified of items that were taken from charity shops without permission. Despite the Police identifying who was responsible in at least one incident in Eccles, no further legal action was taken.

“It’s a grey area. Until donated goods are physically handed over to the shop staff then they probably belong in law to the donor and not to the shop or may be considered to have been effectively abandoned,” says Pete Thomas of security consultancy Lodge Service.

“It’s a big issue over the Christmas period with unwanted but often high-value gifts donated. Charities encourage the public to bring donations into the shop for safety. It also ensures items aren’t damaged. Carrier bags and loose items spilling over in the doorway are unsightly too: it damages the brand, which is an issue given the size and value of the sector.”

Members of the Charity Retail Association generate some £300 million annually for good causes. The association’s 379 members between them operate over 8,000 shops.

To counter the threat of all types of theft, Lodge Service supplies security audits and training for charities. ‘Mystery shoppers’ provide feedback on standards of security and detect any issues in-store and at the point of sale, to ensure payment is received and processed correctly for example.