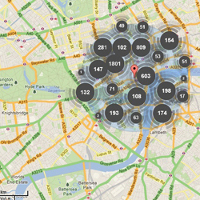 People can now find out online what action police have taken after a crime was committed in their neighbourhood, with new data published on the government’s crime mapping website www.police.uk

The site will also start to show whether offenders went to court, increasing transparency in the criminal justice system.

Minister for Policing and Criminal Justice Nick Herbert said: ‘The public don’t just want to know what crime is being committed in their local area; they want to know what is being done about it.  Did the person who smashed a shop window get arrested?  Has the person stealing from the local newsagents been arrested and sent to court?

‘The Police.UK is helping to revolutionise the way the police and the wider criminal justice system are held to account by making this information available at the touch of a button.  It will help drive up performance and allow the public to make informed choices in the upcoming elections for Police and Crime Commissioners.’

Local residents have been able to access information about crime and antisocial behaviour that happened on their streets since the website started in January 2011. In that time, there has been 47 million hits.

In the past year the crime maps website has undergone a series of updates. These have included adding crimes that have occurred at points of interest like supermarkets and nightclubs and introducing new crime categories such as shoplifting.