In the first case of its kind in the UK, four men have been sentenced for conspiracy to commit cable theft after forensic evidence provided by SmartWater linked them to multiple crimes.

Admitting to more than 30 offences of stealing railway cable, the gang have been jailed for a combined 11 years at Leamington Justice Centre with individual sentences ranging from 19 months to three-and-a-half-years.  Whilst passing sentence, the Judge described their crimes as “theft on an industrial scale”.

This sentencing, unprecedented for crimes relating to metal theft, took into account the significant impact of the thefts to both rail commuters and the wider community, with Network Rail reporting costs of £204,000 for repairs and compensation.

In May of this year, John Gowland (26) and Dominic Wallis (23) pleaded guilty to one count of conspiracy to steal railway cable following multiple thefts against the railway infrastructure in Nuneaton. Accomplices Flame Redshaw (20) and John Brunozzi-Jones (22) pleaded guilty at an early hearing.

The severity of the subsequent sentencing came in spite of no stolen cable being found during searches of the suspects’ homes, whilst evidence such as phone analysis and CCTV was argued as ambiguous by each defendant during the trial. Instead prosecutors relied on pioneering forensic evidence provided by SmartWater which proved vital in linking the gang to their crimes. 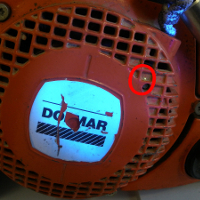 During police raids, officers recovered cutting tools consistent with the gang’s modus operandi. The tools were found to be marked with tiny flecks of SmartWater forensic solution that had transferred onto the tools as they were used to cut through cable. Analysis uncovered multiple SmartWater forensic signatures, indicating that the tools had been used at several Network Rail sites. This prima facia evidence, together with association charts prepared by SmartWater analysts, outlined the extent of the conspiracy and how each of the defendants was linked to a particular crime.

SmartWater carries out intelligence-led risk analysis of cable thefts affecting the rail infrastructure across the West Midlands. In areas identified as ‘most vulnerable’ it deploys cutting-edge forensic marking technology, providing robust traceability to Network Rail cable which is almost impossible to remove. 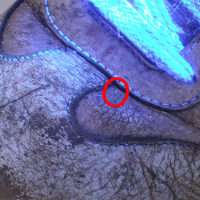 Phil Cleary, Chief Executive of SmartWater, said: “The ability to conclusively trace stolen items back to a particular location provides Law Enforcers with a powerful weapon, particularly when supplemented with the analytical skills that we possess.

“Despite the complexities of this case, the dedication, persistence and professionalism of British Transport Police, together with Network Rail staff and our own Investigators was exceptional.”

“Collectively, we are continuing to target those responsible for thefts from the railway and we hope the sentences handed down today will act as a longstanding deterrent to others.”

Jo Kaye, route managing director for Network Rail, said: “This result sends a clear message to thieves who target our railway – we are on the case and will do everything in our power to catch you and bring you to justice.

“These deliberate acts caused nearly 3,000 minutes of delay to trains. That’s 50 hours of people’s lives lost – people who have been late for work, missed appointments or train connections and generally had their daily lives disrupted. As for the £200,000 it has cost us, that is effectively wasted money – money that could have been better spent improving facilities for passengers.”

“The railway is united in its efforts to stop the cost and inconvenience caused by cable thieves. BTP has dedicated teams and we have our own special operations staff offering them support and intelligence. Used of technology is also critical. We are protecting our cables with forensic tagging agents – in this case, SmartWater. The evidence which this provides has been an important part of this case and demonstrates the successes we can have through working together.”