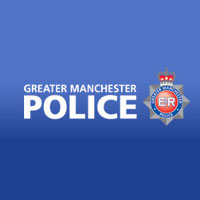 Under the Scrap Metal Act 2013, all dealers, motor salvage operators and itinerant collectors must obtain a licence from each local authority where they operate.

This must be done by 15th October, and licences are to be displayed prominently at scrap metal sites, or in the case of itinerant collectors in the windscreen of their vehicle.

Dealers and collectors must have undergone background checks to ensure they are fit to run a business, and can now only trade in cheques or bank transfers so there is a record of each transaction.

All sellers of metal must also provide personal identification at the point of sale, which is recorded by the scrap dealer or collector.

It reinforces work already being carried out under Operation Alloy, which was set up in July 2011, and sees GMP working closely with local authorities and scrap yards to reduce metal theft.

Greater Manchester Police’s Deputy Chief Constable Ian Hopkins said: “The main purpose of this Act is to make it much harder for metal thieves to operate. Far from being a victimless crime, metal theft causes huge inconvenience to people in the form of power cuts, trams being put out of service or broadband and telephone networks being affected.

“More seriously, those dependent on an uninterrupted power supply can have their lives endangered by power cuts resulting from cable theft, and so we will continue to work closely with councils and scrap dealers to ensure that all conditions set out in the Act are adhered to.”

AGMA Police and Crime lead Colin Lambert said: “All Greater Manchester authorities are working hard to reduce metal theft, and the new Scrap Metal Dealers Act will undoubtedly help to achieve this aim. It allows authorities to close down rogue dealers and motor salvage operators who are not licensed, and will give police and councils a much clearer picture of who is operating in their area.

“It also gives the public reassurance that they are dealing with reputable businesses, and we would urge them to deal only with licensed collectors and dealers, and to report those who do not display licences prominently to their local authority.”