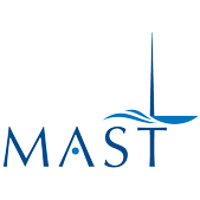 The security situation in the Indian Ocean could very quickly change for the worse, says leading maritime security company MAST.

Gerry Northwood OBE, COO of MAST, said: “For commercial shipping, the Indian Ocean is arguably the safest ocean on the planet. Put simply, the current security framework is working, but it remains extremely fragile and dependent on international navies maintaining a presence in the Indian Ocean, Best Management Practice 4 (BMP4) being diligently applied and for at least the majority of vessels to be protected by armed guards”.

“Yet we continue to see speculative approaches by skiffs equipped with assault rifles and ladders. A MAST team recently fired warning shots at a skiff to prevent a boarding attempt in the southern Red Sea. Periodically commercial vessels are reporting similar approaches, which demonstrate that the pirate threat remains latent.”

He added: “There are other warning signs indicating the security situation could deteriorate.”

Alan Cole, an official at the United Nations Office for Drugs and Crime, recently expressed concern that illegal fishing in the Indian Ocean and Horn of Africa might be a catalyst for a return to piracy. His observations were reinforced by the BBC Africa correspondent Andrew Harding, whose interviews of Somalis in Puntland revealed a potentially dangerous sense of resentment that not enough is being done by the international community to prevent illegal fishing and that the risk to reward balance might once again be shifting in favour of piracy.

In July, the Government of Kenya released a number of convicted pirates enabling them to return to their homes in Somalia, which raised some concerns as apparently there has been no rehabilitation programme.

Northwood said: “Released pirates are reportedly seeking work as armed guards in ocean going fishing vessels. This is a potentially risky situation. It is not a big step from providing security on a fishing vessel to taking the vessel hostage and using it as a pirate mothership.”

“There seems to have been a shift in mood amongst Somalis against piracy in recent months, seeing it as an obstacle to economic opportunity rather than an economic opportunity in itself. However, unless there are real opportunities for ordinary Somalis to prosper, the risk to reward ratio will inevitably once again shift in favour of piracy.