“In my opinion yesterday’s British Security Industry Association’s (BSIA) annual lunch at the London Hilton, wasn’t about the networking opportunities, the speeches nor the quality of the lunch, all of which were great. It was about the recognition of the tireless dedication and bravery demonstrated by the security industry’s finest. It is the actions of these individuals and teams that demonstrates how great our industry is”, writes Infologue,com Editor Bobby Logue. “As a national judge of the BSIA’s National Personnel Awards it is an honour to read in detail examples of the real quality we have in the licensable security industry. For the next month in recognition of this, Infologue.com will publish, in our features section at the top of each web page, details of these exceptional and brave individuals and teams that were honoured yesterday.”

Details of those recognised for their exceptional service and dedication were: 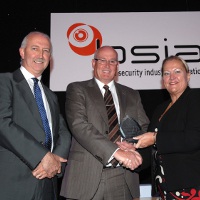 The award for Contribution to the Industry was awarded to Bill Muskin, Chairman and founder of VSG, in recognition of his long and established career in security, spanning almost 40 years. Throughout his career, Bill has remained resolutely committed to improving the reputation of our industry, and has devoted an enormous amount of time and energy to numerous industry bodies and initiatives, including the BSIA, NSI, SIA and CoESS, while his passion for training has led to an active involvement in Skills for Security. Bill’s relentless pursuit of customer service excellence has extended beyond his own business to have a positive impact on the industry as a whole, and the enormous amounts of time and energy that Bill has dedicated to this cause are recognised with this award. 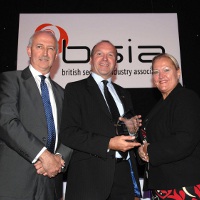 The Chairman’s Award for Services to Export was awarded to Mike Parry of Remsdaq Ltd, who has worked tirelessly for over 20 years to provide advice and encouragement to UK companies looking to gain a foothold in overseas markets. A long-standing member of the BSIA’s Export Council, Mike’s selfless sharing of knowledge and expertise has helped many fellow members improve their understanding of exporting. As Chair of the Export Council for two years, Mike led the BSIA’s Export initiative, and his support of companies attending overseas exhibitions helped to ensure successful BSIA-led outward trade missions to countries worldwide, including Turkey, Greece, Austria and Scandinavia. 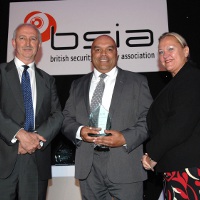 The award for Contribution to the Community went to Brian Brown, Branch Manager for Securitas Security Services Ltd, whose voluntary leadership of the company’s Community Team has helped the company build strong community links while raising money for a number of worthy charities. For two and a half years, Brian’s dedication has inspired many of his colleagues take on various challenges, from bike rides to boat races, in order to raise money for local causes as well as the company’s two main national charities, Help for Heroes and Child Victims of Crime.

The award for Contribution to Training went to G4S Secure Solutions (UK) Ltd, in partnership with Skills for Security and Jobcentre Plus, for a joint careers initiative that provides jobseekers with a cohesive training plan to equip them with the skills and knowledge they need to begin and progress in a long-term career in security. In the last 12 months, over 4,000 employees have undergone training, with most resulting in a nationally-recognised qualification. Blending in-house training with that delivered through partnerships with training providers as well as educational establishments, this learning and development framework tailors each individual’s career progression from initial employment right up to senior management level, giving each employee the opportunity to maximise their career potential at a pace that suits them. 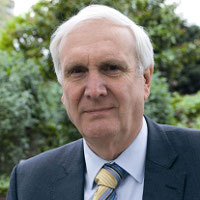 The award for Contribution to Standards went to Sir Edward Lister, whose expertise in the field of standards development has been a great asset to the BSIA for many years. Representing the BSIA’s Security Systems Section on various British and European technical committees, working groups and standards bodies, Ed’s knowledge and experience has helped form police policy relating to security systems. Ed’s contribution to standards is recognised today as he leaves the BSIA to become the Mayor of London’s Chief of Staff and Deputy Mayor for Planning. Unfortunately Ed was unable to attend the awards ceremony on the 13th of July, so Martin Harvey, from ADT Fire and Security Plc, collected the award on his behalf.