Brian Sims and Bobby Logue are calling for an independent review to examine the failures that have caused the shortage of security manpower for the 2012 Olympic Games.

Politicians and the national media have spent the last week and more lobbing verbal and written ‘rotten eggs’ at security provider G4S for its alleged ‘dismal failure’ in attempting to provide sufficient security personnel for the 2012 Olympic Games.

Yesterday afternoon, we were subjected to a ‘performance’ by MPs on the Home Affairs Select Committee who appeared to be competing with each other to see which one of them could deride G4S CEO Nick Buckles and his company the most.

We are of the firm and frank opinion that the seemingly crowd-pleasing trend of politicians and elements of the media deliberately attempting to humiliate industry leaders often goes way too far and must be reined in.

We would wish to see an independent review – possibly conducted by the Security Industry Authority (SIA), the Regulator of the private security industry – on the root causes of the security contractor’s inability to provide sufficient security personnel in time for the start of the Games.

It’s apparent there have been some failures within G4S that have contributed to this situation. However, there could be more deep-rooted causes driven by the almost impossible contractual timescales involved, not to mention the ability of any private security contractor to wholly deliver on an event of this magnitude when operating in isolation – no matter how hard they try.

On that note, could the contractual Terms and Conditions for London 2012 have perhaps been successfully executed by a private consortium of security contractors – led by the BSIA, for example – rather than a lone solutions provider? 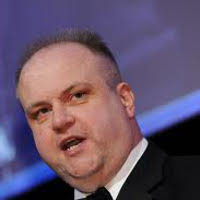 Anecdotal evidence suggests that this is the first occasion a private security contractor has been required to provide security for a global event on the massive scale of the Olympic Games.

To date, G4S has enjoyed an excellent track record of delivering on security at high profile events, the All-England Lawn Tennis Club Championships at Wimbledon among them.

Historically, of course, the security of global events has been the remit of both the police service and Armed Forces personnel. The failure of G4S to meet all of its contractual requirements this time around has resulted in the Government resorting to ‘Plan B’ by relying on some of those troops and serving police officers to make up the numbers.

Unfortunately, this national headline-hitting situation has not only affected the London Stock Exchange value of G4S in the short term and impinged on the company’s credibility, but also tarnished in some measure the hard-fought improved reputation of the UK’s private security sector post-regulation and licensing.

MPs sitting on the Home Affairs Select Committee were convened to discover what has caused G4S’ failure to provide sufficient security officers for the 2012 Olympic Games. However, as stated the MPs’ at times crass line of questioning merely seemed to serve an objective of trying to humiliate Nick Buckles while singularly failing to elicit clarity on what has actually gone awry.

At times, the MPs involved exhibited a clear lack of understanding of the sheer complexities around providing 10,400 security personnel in the space of seven months, and failed to recognise how far removed from the frontline the CEO of any big company – but particularly “the third largest employer in the world” – might actually be on a practical, day-to-day basis.

Indeed, the MPs displayed ignorance in relation to the workings of the security industry. At one point in the proceedings, Committee chairman Keith Vaz suggested that Buckles should have sought the help of other named outsourcing companies who, in fact, do not deploy licensed security personnel.

During the intense period of questioning by the MPs on the Home Affairs Select Committee, G4S’ CEO rightly alluded to the fact that, if G4S – as the largest provider in the country – couldn’t produce the required security personnel for the 2012 Olympic Games, which private security solutions concern could have done so?

The regulated private security industry harbours several ‘hoops’ for a prospective candidate to jump through before being able to legitimately work as a security officer in the UK. Potential licensed security personnel are required to undertake a training course. The process also includes thorough criminality, right to work and other necessary security checks.

In addition, applicants who have not been permanently resident in the UK are subject to time consuming and rigorous overseas criminality checks, and necessarily so.

It appears that it’s more difficult to vet the unemployed than it is to employ individuals with a consistent employment record.

The next challenge faced by G4S would have been: ‘Where will the security personnel be recruited from?’ As pointed out during the Home Affairs Select Committee interrogation of Buckles and his colleague, global events specialist Ian Horseman-Sewell, it’s likely that no person engaged in full-time employment would actively seek a temporary security position during the Olympic Games (unless, of course, some individuals specifically wanted to take time off from their day jobs to be at the events in a working capacity).

Due to time constraints, employing or introducing overseas personnel would have been challenging to say the least.

On that basis, this left two potential labour pools: students and the unemployed. A much heralded scheme, the excellent Bridging The Gap was introduced to educational establishments some time ago in order to train students in undertaking security functions at the 2012 Games.

In addition, a massive training programme was launched to leverage the unemployed.

In terms of the LOCOG contract, G4S was to be paid for training and actual shifts worked. This effectively created a ‘Just in Time’ approach to the employment of Olympic security personnel as candidates would not have waited around for several months for employment, especially while there has been increased pressure from JobCentre Plus to find people gainful work at a time of fiscal recession and austerity cutbacks.

Keith Vaz began the Home Affairs Committee grilling of Nick Buckles by asking the G4S CEO why he was still in post. We would respectfully ask Mr Vaz why he stood up in the House of Commons several days before – on 12 July, in fact – and stated that the Olympic security operation presided over by G4S is, in his eyes, a “fiasco”, that G4S has “let the whole country down” and that we have “literally had to send in the troops”. This is popularist rhetoric of the worst kind.

Isn’t the chairman of any committee – but most importantly this one – not meant to be impartial and shy away from effectively prejudicing such a cross-examination?

These statements were embellished in Parliament by Shadow Home Secretary Yvette Cooper, who all-too-predictably referred to “another Home Office shambles” and the “Border Force becoming a Border Farce”.

This is not a time for cheap political point scoring.

In the House, Vaz also asked Home Secretary Theresa May to confirm that G4S “will suffer penalties” as a result of this situation before we’ve even found out the background to what has gone wrong (and why) through an independent review process.

That review process is absolutely necessary before anyone is pilloried.