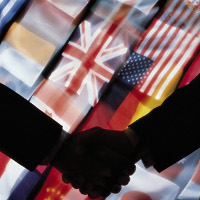 As the UK’s Export Week draws to a close, security exporters from the British Security Industry Association’s Export Council have revealed the increasingly important role that exporting plays in helping businesses continue to thrive against the continued backdrop of economic austerity.

In an annual survey conducted by the British Security Industry Association (BSIA), members of the Association’s Export Council – a dedicated forum for BSIA member companies who are focused on extending their business to overseas markets – report their experiences of exporting in the past 12 months and their expectations for the coming year. In this year’s survey, respondents revealed that exporting has become even more important to them in 2013 than it was in 2012, with 80% of exporters claiming that exporting has become more important to them in the current economic climate.

Further increases in overseas trade are expected for 2014, with the security sector’s focus shifting from Western Europe in 2012 to the Middle East in 2013, with 90% of respondents citing this as the most important overseas market they will be targeting over the coming year, and the majority also intending to exhibit at January’s Intersec Dubai event.

“Performing this survey for a second consecutive year has enabled us to build an accurate picture of emerging trends experienced by UK security exporters operating on a global scale,” comments Daren Wood, Membership and Export Services Manager at the BSIA.

Daren continues: “Exporting has become a key source of additional revenue for many UK security providers since the economic downturn began, and in an increasingly global marketplace, we expect more and more UK-based companies to turn to overseas markets in the future.”

Interestingly, the focus on vertical markets has shifted since 2012, with critical national infrastructure, utilities and government among the most important markets targeted by BSIA members in 2013, compared to healthcare, retail and transport in 2012.

Says Daren Wood: “The UK enjoys a positive international reputation when it comes to the provision of security products and services, and over half of our members report that the experience and track record offered by UK companies is the biggest factor influencing their success in winning overseas business.

“Despite this, there are still several barriers preventing our industry from breaking further ground into overseas markets. Primarily, the existence of third-party certification schemes in many European countries is a significant barrier, particularly for members of our Security Equipment Manufacturers section. The requirement for products to be tested to different standards depending on which country they are to be sold in is not only time consuming but also financially burdensome.”

Even despite such challenges, members of the BSIA’s Export Council have a positive outlook for 2014, with 90% of respondents to the BSIA’s survey expecting their company’s export business to grow in the coming twelve months.

“Developments in IP and wireless technology look set to drive buying behaviour in overseas markets in 2014, and BSIA members will continue to capitalise on this demand by growing their presence at key international trade shows such as Intersec Dubai, Security Essen and MIPS Russia,” concludes Daren Wood.

To help non-exporters take the first steps towards developing their business abroad, the Export Council produced its ‘Top Ten Tips for Security Exporters’, a useful guide which can be downloaded free-of-charge from the BSIA’s website.