It with great sadness that Infologue.com has to report the passing of Leon Barwell of VSG  this morning. Leon who was aged 46 passed away after a long illness.

Leon was part of an award winning team that changed the face of the security industry over more than a decade. This team, which included Bill Muskin, Keith Francis and Rob Jones, set the pace which the industry watched and followed in admiration. 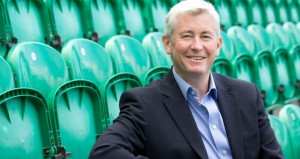 Speaking to the CEO of VSG, Keith Francis, he told me that not only had he lost a great colleague but also a close friend. Francis commented “Nobody has ever said a bad word about Leon”

As the editor Infologue.com, my impression of Leon was that he was a quiet unassuming person, always positive which influenced those around him. As one of the security industry’s true gentlemen Leon will be sorely missed.

Leon Barwell was also chairman of Northampton Saints until earlier this year.