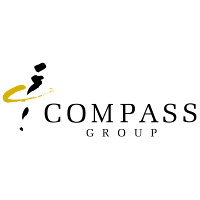 This statement updates investors on the Compass Group’s performance since 31 March 2015.

Compass continues to have a good year, with organic revenue growth of 5.5% for the nine months to 30 June 2015. Our focus on growth is driving strong levels of new business wins and retention remains good across all regions. Organic revenue growth in the third quarter was 5.1% reflecting strong net new business in North America, an acceleration of growth in our Europe & Japan region, and a more subdued environment in both Fast Growing & Emerging and Offshore & Remote.

Our ongoing commitment to generating efficiencies in the business continues to be supported by our management and performance (MAP) programme. We are using these efficiencies to invest in the exciting growth opportunities around the Group and are taking cost actions to offset the impact of challenging market conditions in certain countries. Overall margins have improved by around 5 basis points in the quarter and around 10 basis points for the nine months to 30 June 2015.

Performance in the region continues to be excellent with organic revenue growth of 7.8% for the nine months to 30 June 2015, and 7.0% in the third quarter. Strong growth across most sectors was partly offset by weaker volumes in our business with oil & gas clients.

We continued to see steady progress in the margin with an increase of around 5 basis points in the third quarter and for the nine months to 30 June 2015.

The trends seen in the first half of the year accelerated in the third quarter. Organic revenue growth was 1.2% for the nine months to 30 June 2015, and 1.8% in the third quarter driven by improving performances in several countries, particularly the UK and Spain.

We continued to deliver efficiencies, which allowed us to invest further in sales and retention and improve margins by 10 basis points in the third quarter and for the nine months to
30 June 2015.

Organic revenue grew by 7.4% in the nine month period to 30 June 2015 and by 6.8% in the third quarter. Revenue growth in emerging markets was around 12% in the third quarter, with strong rates of net new business somewhat offset by weaker volumes in Brazil and Turkey.

The operating margin declined by 10 basis points in the quarter and for the nine months to
30 June 2015. Our ongoing efficiency programme and a continued reduction of our cost base, partly offset the impact of volume and margin pressures in our oil & gas and mining client base – particularly in Australia – and soft volumes in some emerging markets.

Trading results from our overseas operations are translated at the average exchange rates for the period. If current spot rates continue for the remainder of the year, foreign exchange translation is expected to negatively impact the 2014 reported revenue by £154 million and 2014 underlying operating profit by £6 million. The impact of currency movements on revenue and profit is translation only.

There has been no material change to our financial position in the period. The £500 million share buyback programme announced in November 2013 is almost complete with around £475 million spent as at 28 July 2015.

Compass had a good third quarter and we maintain our positive revenue expectations for the full year. The North American business continues to perform very well and accelerating growth in Europe & Japan has offset a slowdown in Fast Growing & Emerging.

We are delivering good levels of operating efficiencies, which have enabled us to invest in the growth opportunities we see and improve the operating margin for the nine months to 30 June 2015. In addition to our ongoing restructuring activities which partly help us deliver yearly efficiencies, we are proactively reducing the cost base in our Offshore & Remote business globally and in some emerging markets. This incremental restructuring plan will cost around £20-£25 million per year in 2015 and 2016, and will be included in operating profit. With our continued focus on costs and efficiencies, we expect the 2015 full year operating margin for the Group to be flat after these additional restructuring costs. In 2016, the savings, together with margin improvement in the rest of the Group, is expected to offset the impact of lower volumes and pricing pressures in our Fast Growing & Emerging region.

Looking to the longer term, we remain excited about the significant structural market opportunity globally and the potential for further revenue growth, margin improvement and continued returns to shareholders.