EYES ON is a new Infologue.com exclusive that aims to give readers an insight into security companies around the UK and the people behind them. 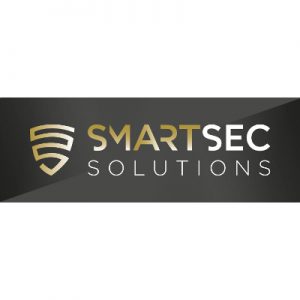 Infologue.com visited SmartSec Solutions, who will, this year be celebrating their 10 year anniversary. SmartSec has grown quickly and is currently just outside the Top 30, with aspirations of breaking in over the next year. Started by Fawad Ahmad in 2009, and quickly joined by Managing Director, Theo Nicolaou, they would be the youngest organically grown company on the list. With this in mind, we interviewed their Mr. Nicolaou to learn more about their story.

Mr. Nicolaou has been in the Security Industry since 1999 where he started as a Contract Manager with Reliance Security. During the course of our interview it became clear that this period was important to him, particularly because of the relationships he built at this company. Speaking with his colleagues, it is notable that many of them are former Reliance staff members. Theo quickly progressed through the ranks and found himself as a General Manager by 2006. After this he joined Ahmed Fawad at SmartSec.

SmartSec Solutions “is a Corporate Security and Reception provider that operates mainly in London and the surrounding areas.” Theo places emphasis on this statement as he believes that maintaining this singular focus is one of his business’s greatest strengths. He states that SmartSec Solutions does not deviate from this as they are “not interested in anything else”and believes that if you divide your focus by trying to deliver total FM solutions, your core product suffers. Over the course of the interview, Theo repeatedly referred to SmartSec as a “Family Business”, a reference not to his blood relatives but to the people that he works with day to day. This sentiment was shared by his partner, Mr. Ahmad, who had previously stated that having worked himself up from working as a security officer, he understands what the job is like and why it is important to look after his staff. While similar mantras are often heard in the Security Industry, it appears that this company does have an unusually high staff retention rate as many of their staff had been in their roles for a long time.

Whilst discussing SmartSec’s business model, we challenged Theo on the scalability of a localized, hands-on delivery method and how it would be possible to maintain a “Family Business”culture as the business grew. Theo admits that this would be difficult and while “it is every business’s ambition to grow bigger, I am more interested in maintaining strong margins”. This is of course one of the big challenges facing the industry as shrinking margins have been responsible for some spectacular meltdowns in recent years. When pressed on how he achieves this, Theo states “customers are willing to pay a premium for premium service. If you consistently deliver high quality service you build trust and your margins grow”.

The conversation moved toward the challenges faced over the course the last 10 years and Theo believes that the largest hurdle SmartSec Solutions dealt with, when it first started, was establishing it’s brand. “When you have nothing, it is difficult to sell to people. Large companies have established brands which means faith in the owners”. Theo believes they have surmounted this obstacle and that while it is not a nationally recognized brand, their name is widely associated with quality service in and around London. It is also worthwhile to note that SmartSec Solutions is an ACS Approved Contractor, Safe Contractor Approved, ISOQAR Registered as well as being a member of ACS Pacesetters, Project Griffin and a founding member of the City Security Council. This means that a great deal of time and money has been put into establishing SmartSec Solutions as a quality service provider.

Theo says that he is motivated by “family and success” but also by “making people happy”, emphasizing the importance of emotional engagement, stating that he “likes to get to know his staff as individuals” and that the annual Christmas party is the highlight of his and Fawad’s year. He states that he firmly believes “if you look after your staff, they will look after your customers”.

Coming close to the end of the allotted time, we discussed the industry at large and what had changed. “Security is taken more seriously now with the rising living wage helping it become less of a stop gap and more of a career path. Companies are investing more in training with officers becoming more like tradesmen, learning skills such as vigilance, threat assessments, customer service and more” says Mr. Nicolaou. He adds that “yesterday’s added value is todays norm and that there is a need to constantly improve your service”.

In closing, Theo was asked if he had a message that he would like to send to anyone looking to start or grow their security business to which he said:

“Do not give up and be clear what you want to achieve. Success comes step by step and you will have knock-backs. Learn to grab people’s attention in a unique way and remember that if someone ever tells you that you can’t do something, it is because They can’t do it.”

ON THE GROUND: The City Security Council

On Wednesday the 29th of May 2019, infologue attended the launch of the City Security Cou...
Read More
Subscribe to our newsletter