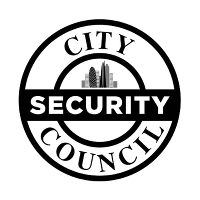 On Wednesday the 29th of May 2019, infologue attended the launch of the City Security Council (CSC). I was invited to what I assumed would be the inauguration of a new acronym to add to the Security Industry’s growing alphabet soup. I realized I was mistaken quite quickly as the speakers began to detail the purpose of this initiative and the journey undertaken to reach this point. It became clear that something significant was happening.

Over the past 12 months, David Ward, CEO of Ward Security had been working with other London based security firms to establish and Initiative to act as the spiritual successor to Project Griffin. Don Randall MBE spoke of the history of Project Griffin and how over the last 15 years he has worked to turn this project into an international standard. Initially established as a way to help London’s financial sector to defend against terrorist threats in 2004, Project Griffin sought to coordinate police, fire, ambulance and private security resources with other government agencies to disrupt and defend against extremist activity. Mr. Randall’s humorous anecdotes told of how an idea shared over whiskey and cigars became a global ambition which set the path for the City Security Council

He was followed by Paul Barnard, Director of Security, Risk and Mitigation at Ward Security who elaborated on the journey. David MacCrimmon, Serious Organized Crime and Counter Terrorism Lead with the Scottish Business Resilience Centre came on next and talked about his experiences with Project Griffin in Scotland. Ian Dyson, the Commissioner of City of London Police spoke of the importance of the CSC and cooperation between the police and private security. Finally, the new Chair of the CSC, Adrian Moore came on to give details of what form this cooperation would take and what was planned for the future.

David Ward described the purpose of the CSC being “to galvanise efforts and improve incident responses of security companies in the city of London at times of crisis as well as to help the City of London police.  By establishing a charter and standardising how we operate when there is an emergency or crisis we will then all instinctively know what our physical reaction will be as well as how we can best gather and share information.  The City of London Police will benefit from knowing there is consistency in response from the security industry and how we are supporting them.  It will make us all more prepared and effective in the event of a crisis, which can only be a good thing.”

I would summarize the City Security Council by describing it as communication platform between public and private sector that utilizes new technology to share intelligence on potential threats and available resources, should an active situation occur. Private Security would share information such as where and how much manpower they have available at locations around the city as well as stocks of critical equipment such as fire extinguishers, first aid kits etc. This information could then be accessed by police and government agencies in an active threat situation. It was stressed strongly and often that this information would not be revealed to other individual members or shared outside of the participating government bodies so that there were no conflicts with regards to competitor information.

From my perspective this seemed like an important tool for counter-terrorism and I was surprised that something like this did not already exist. Looking around the room it is easy to see that I was not alone in this belief as I was flanked by representatives of some of the biggest names in the security industry. There are 18 founding members of the City Security Council ranging from large multinationals such as Securitas, ICTS and Allied Universal to emerging players such as Amulet and SmartSec. All of them were brought together, alongside a number of high-ranking police officers, by a single vision. The City Security Council seems to be a big step forward with a long history and it is hard not to feel as if something momentous has happened.

EYES ON is a new Infologue.com exclusive that aims to give readers an insight into security companies around the UK and the people behind them. <p style="text-align: justify;...
Read More
Subscribe to our newsletter