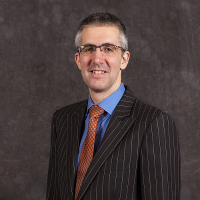 On June 26th, 2019, Infologue was invited by the Security Industry Authority (SIA) to do a press briefing with the SIA’s new Chief Executive, Ian Todd. The entire brief lasted just over an hour with the first ten minutes being an introduction to Mr. Todd and his background with the remainder of the time being filled by a Q&A with Infologue and the other outlets that were invited. Todd’s appointment was announced last year but he officially joined on February the 25th this year.

During his introduction, Mr. Todd spoke in detail of his career and how he started on the front-line as a paramedic, working his way up the ranks until he served as the Assistant Chief Ambulance Officer in London. Ian held this post during the 7/7 bombings and was involved in providing support during the attack. It was after this position that Mr. Todd decided to embark on a career as professional regulator, engaging in a wide variety of fields such as nurses, midwives, dentists, barristers, and police. Most recently, he was posted with the Independent Police Complaints Commission (IPCC) and oversaw its transition into the Independent Office for Police Conduct (IOPC), where he finished as the Director Deputy General.

Mr. Todd acknowledges that he does not have a background in security but does not believe that separates him from the people that he will regulate. Over the last several months, Ian has been travelling around the country and meeting with security personnel to get an understanding what it means to be on the job.

When discussing the SIA’s performance, he acknowledges that the Implementation of SteP in 2016 was difficult but that the SIA has been overall successful including being able to get application times down to 90 minutes for UK nationals with good address history and no criminal record. The SIA currently has around 350,000 license holders, holding around 400,000 licenses. With regards to deliberate Training Malpractice, he has seen no evidence that the problem is endemic and feels that courts are becoming more and more enthusiastic in the prosecution of these crimes and in particular the handing down of custodial sentences. He also notes that about one third of the proceeds taken from these businesses under the Proceeds of Crime Act will be put back into the industry.

The Chief Executive acknowledges that Brexit has had an effect on the legislative timetable for industries across the UK and has such does not see any large changes to the SIA’s legal structure in the foreseeable future. This includes no plans to license businesses rather than individuals and as such leaving the in-house arrangements unchanged for the time being.

With regards to the ACS approved contractor scheme, Todd stresses the need to be flexible as there are many good companies that want to be approved but do not fit the existing business model that most companies follow. He also believes that it is important to communicate with security buyers in order to help them understand the importance of such an award when selecting a vendor.

With regards to the Gender Gap in the Security Industry, Ian Todd notes that the gap is large and that the only other industry he is personally aware of with a larger gap is Midwifery. SIA Chair Liz France has been working to address this issue and while a modest closing of the gap has been seen, more needs to be done.

Todd also spoke to the fears of many frontline staff with regards to arbitrary suspensions of licenses, particularly after an accusation has been made. He states that the SIA will not suspend a license prior to a conviction unless there is material evidence that the accusation has some basis and that suspension is necessary for public protection. He is aware that in the age of social media, selective editing can be a big problem and that the SIA has taken this into account. He also stresses that it is important that front-line staff report any abuse or violence directed at them by the public and in order to promote this idea, the SIA has just launched the #safernightsout campaign.

In closing, Ian was asked if he had a message that he would like to send to the industry at large to which he replied:

“The private security industry and those that work in it have an increasingly important role in today’s society in keeping people, property and premises safe. As the regulator we have a clear focus on improving standards in the private security industry and protecting the public. But we cannot do this alone. We are grateful for the support, hard work and professionalism of those working in the industry.
It is vital that we work together and I want to improve the dialogue between us which is why I welcomed the opportunity to meet representatives of the trade press to hear their views and of those they represent.”

July 17th 2019 In this Infologue.com ex...
Read More
Subscribe to our newsletter