Recently Infologue.com was amongst 100 invited international guests, who were buyers of security products, to the 10th China International Exhibition and Conference on Public Safety and Security(Security China 2010)between November 2–5, in Beijing. The show was held in 1 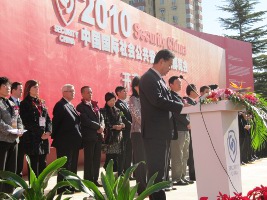 1 halls, covering 80,000 meters, at the China International Exhibition Center, with over 150,000 visitors. Over 1,000 exhibitors from China and 35 other countries including America, Canada, U.K, Germany, Korea, Japan, Taiwan, and Hong Kong displayed their latest products in what was billed as the organizers as the “Festival of security suppliers and a Plaza of security end users.” Compared to Security Essen 2010, which was also attended by Infologue.com, which had 42,000 visitors from 113 countries attended, viewing security products from 1,078 exhibitors from 38 nations surely Security China must be the largest security exhibition in the world. 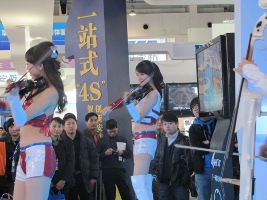 Like most security exhibitions there was the usual fare of video surveillance equipment, DVR, building intercoms, home automation, body armour, and guard tour systems. Interesting innovations were solo powered surveillance systems, powerful radio jammers capable of blocking an area of 3 square miles, a robot that moves around the house acting as an alarm system whilst performing vacuum cleaning and a video surveillance robot that is capable of climbing the fuselage of an aircraft. There were several creative stands focusing on large banks of CCTV screens with a large crowd gathered around a stand with a trio of attractive Chinese violinists, can’t remember what the products on the stand were!!! 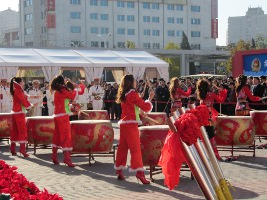 Part of the visitor program was a “meet the buyers” event where manufacturers and international buyers were matched according to their requirements. During this event Infologue.com noticed that the discussions with manufacturers was different to the normal price driven meetings held with Chinese manufacturers, with good quality and innovation key elements of the discussion. Later factory visits reinforced this impression with smart clean modern factories, effective quality programs and even eco friendly lighting systems. These factories weren’t run by multi nationals they were run by new breed of innovative Chinese entrepreneurs. This led to an Infologue.com interview with Shane Jiao Assistant Secretary General of the China Security and Protection Industry Association (CPSIA – the Chinese equivalent to the British Security Industry Association – BSIA), about quality management and standards in the Chinese security industry which will be published later this week. 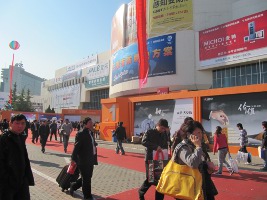 There were two opening ceremonies, one for the exhibition, and the second for the sourcing conference held at the conference centre based at a nearby Beijing hotel. The outdoor ceremony, which included the normal speeches, a military band, and a drumming extravaganza, was held in an outdoor arena at the exhibition centre. At the second opening ceremony which was opened by the Secretary General of the CPSIA told the audience;”SSC 2010 aims to build a communication platform between domestic security enterprises and foreign buyers. In this way, domestic enterprises can enlarge their export potential, grasp international marketing opportunities and elicit the latest requirement of buyers. This event affords foreign buyers the opportunity to identify suitable suppliers in the limited time available, whilst understanding the importance of the regulations, standards and policies governing the production of Chinese security products, whilst discovering the shortest and most effective route to the Chinese security market.”