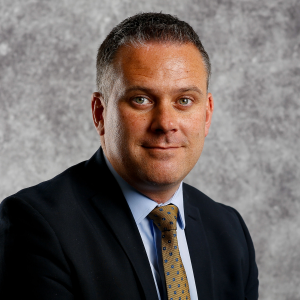 Amulet Security Managing Director, Darren Read, discusses the importance of security officers and shares a story about the heroic actions of one of his team.

There are few words in the English language that carry more weight than hero.

While the term is sometimes bandied around in reference to athletes and some high-profile celebrities, the lines between role model and hero should not be blurred. Indeed, there is a clear distinction – heroics are not defined by occupation; they are defined by actions and achievements that go far beyond the call of duty.

Enter Joshua Lenham, a security officer for Amulet at the Rushden Lakes Shopping Centre in Northamptonshire.

A child in danger

On a busy December day in the lead-up to Christmas, Josh and his colleague were carrying out a standard patrol along one of the shopping centre’s terraces. As they reached roughly the halfway point along the upper tier of the building, they were confronted by a panicked woman on the level below – she was crying for help; desperately screaming that her baby had stopped breathing.

Joshua and his colleague quickly descended to the lower floor to try and better understand and gauge the situation. Upon reaching the child and its mother, they were confronted with a scary situation as the baby looked blue and its eyes had rolled back.

Joshua reacted immediately and instinctively. He asked the mother to remove the baby’s coat and checked to see if it was breathing. Determining that it was not, he placed the baby’s chest and belly onto his forearm while holding its head before administering several pats to the back in an attempt to clear anything blocking the child’s airways.

After approximately the fifth pat, the baby let a sizable amount of dribble out of its mouth. Seeing if this had remedied the situation, Joshua checked for breathing and felt some light breath onto his ear. Recognising the positivity of the situation, Joshua continued to administer a few further taps to further clear any remaining blockage that might have been in the baby’s airways. A few seconds later, the baby miraculously began to cry.

Josh continued to manage the situation, consoling and reassuring the mother while gaining permission from one of the nearby shops to offer the family some privacy in a back room while they waited for an ambulance to arrive.

It was a sequence of actions that can only be described as heroic. Joshua had gotten the baby breathing again and, as the paramedic confirmed, without his swift action the outcome could have been very different.

“There can be no doubt about the fact that he saved a life that day. Joshua acted with total and complete professionalism and real humility. He took it all in his stride – it was just another day for Joshua.

“He didn’t realise the gravitas of the fact that he had actually saved a baby’s life a week before Christmas. I don’t even want to think about what would have happened if Joshua wasn’t there at the time.”

Indeed, time has allowed Joshua to reflect upon the events of the day.

The mother of the child and the little boy himself returned to the shopping centre a few weeks later to offer their most sincere thanks for everything that Joshua and the other members of the security team had done for them on that day. In a social media post on the shopping centre website, she described them as “beyond thoughtful and proactive”.

“I am very proud,” said Joshua. “When she came to thank us, the baby looked so healthy and happy. It was a good feeling.”

Going above and beyond

Joshua’s story is a shining example of the service that security guards bring to society; a truly inspirational demonstration that these critically important personnel do so much more than simply guarding a shop.

They are custodians of society, offering reassurances, safety and the opportunity to deliver an immediate response in emergency situations that ultimately ensures lives are protected at all times.

In emergencies such as the one Joshua attended to, time is always crucial.

In the case of a heart attack, every second is precious when blood flow to the heart muscle stops, and lives may depend on how quickly help arrives. Similarly, if Josh and his team hadn’t had been there to administer treatment and call an ambulance, the baby’s airways would have been blocked for significantly longer.

Yes, security guards are there to protect shops, deal with disturbances and prevent theft, but they also do so much more. In the case of Joshua and his team, they saved a baby’s life.

In his first editorial for Infologue.com, Amulet Security Managing Director, Darren Read discusses the importance of soft skills that security officers will need to deploy in the face of potentially aggressive or thr...
Read More
Subscribe to our newsletter