Maybo’s Bill Fox spoke exclusively to Infologue.com after the launch of the Conflict Incident Response Training (CIRT), a new training programme from the industry leaders in conflict management training, Maybo, and their partners and events industry stakeholders.

Infologue.com asked Fox what had changed to necessitate the development of this new programme; Fox said; “Pressure; Police resources are stretched and this combined with the high cost paid for police officers at events is resulting in fewer police numbers (and Police free events – or at least inside) and greater expectations of Incident Response teams to plug the gap. This has helped highlight an existing lack of a consistent set of standards, guidance and training for those operating on response teams.

“Selection and training has been very much a matter for the employers (in house and event providers) some do this very well. Those staffing incident response teams have also come through different training pathways i.e. stewarding or door supervision (so it is not even easy to ‘map’). This together with the fact that most staff are part time and move between venues and events creates further issues with training and consistency in approach/operational awareness and tactics. It also means that staff sometimes have to repeat training with each employer, with little recognition for what they have done before.

“Although IR teams operate across a number of sectors and event types we have through consultation established that there is a consistent core of knowledge and skills required. With these being recognised security operatives can gain recognition for learning and develop themselves as specialists for this important role. There are of course significant differences between events in terms of crowd profiles, environments etc that will be covered in local inductions and additional modules if required. We cover a range of event types in the new CIRT programme so that individuals become aware of important considerations at each. 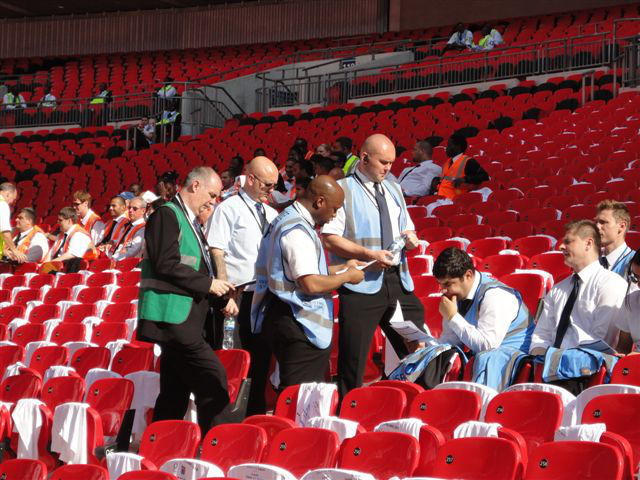 “It has been no surprise to find pockets of good practice by in house teams and some of the more professional event companies and it is these that have been most supportive of the initiative and who have highlighted the gaps. Part of the reason for the lack of attention to this important role could be that it crosses sectors, whereas regulators and skills bodies tend to be sector based. Skills Active for example cover sport and People First also covers events and Skills for Security (and the SIA) which has a broader remit supporting ‘in house’ and the Private Security Industry which supplies Door Supervisors’ to events and festivals and to the night venues/promoted events etc. ” added Bill Fox

“My personal view is that if standards are to be developed there is logic that Skills for Security, (SfS) leads on a ‘role based’ approach in consultation with the relevant skills bodies and stakeholders. CIRT provides benefits at every level; event operators and employers ensure response teams have the knowledge and skills to operate professionally and safely in the public eye. Staff up-skill and are better positioned to secure stimulating work at events and to operate safely.” Fox concluded

The programme, launched this month at the national stadiums in Twickenham and Wembley, responds to the specific needs of Incident Response Teams operating at a range of events including sports venues, music festivals, night venues and protest situations. It has been welcomed by Skills for Security and Skills Active and comes with a choice of accreditations including a new Level 3 Qualification for Incident Response Team members. 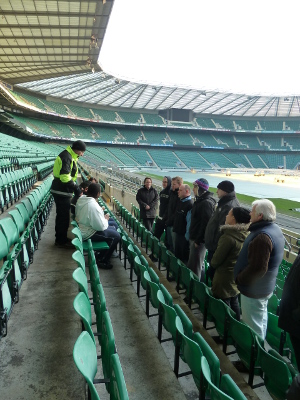 Security Operations Supervisor at RFU, Bob Fullbrook put his Response Teams through the training at Twickenham and reported “The training is highly relevant for this key role and the feedback has been excellent”. Chris Fowles, Chief Steward at the Oval completed the trainer training and said “This course is spot on for response teams and the delivery resources are superb”.

CIRT fills a skills gap in this specialist stewarding and security role, evidenced during extensive consultation involving leading venues and event and crowd management companies. Incident response teams are taking on greater responsibility, as police numbers reduce at events, and have to cooperate in some challenging environments. Their actions are in full view and often on camera so a poor decision or heavy handed approach can trigger significant escalation placing staff and customers at risk.

Peter Swordy leads the Wembley Stadium Centre of Excellence and has been at the forefront of this initiative, he said “Our incident response teams play a critical role and when we deliver this training through our in house training team it will ensure those operating at Wembley continue to have the very best preparation”. 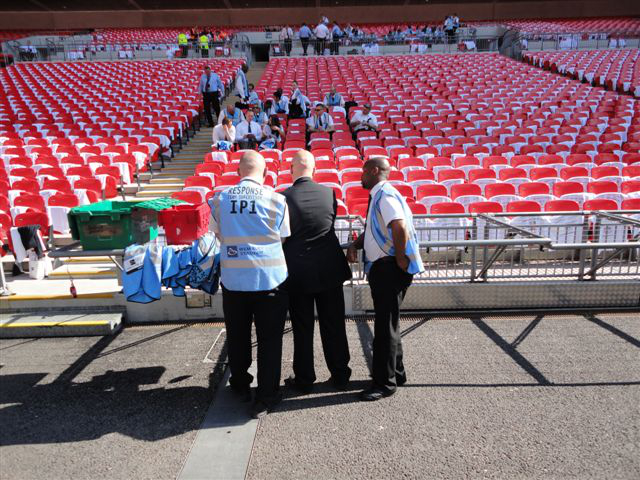 Some of the UK’s leading event companies are set up to deliver the new CIRT including Showsec, G4S, SecuriGroup and Show and Event. Roy Wise, Training and Development Manager at Showsec has been a driver behind its introduction and said “We have worked with Maybo to develop the first specialist programme for incident response teams and it is a significant step forward in event safety”.

Brendan McGlinchey, Chief Operating Officer, Southampton Football Club was also involved from the concept stage and said “The Incident Response course will undoubtedly be a major benefit to all Crowd Safety Management Teams throughout the Events industry”