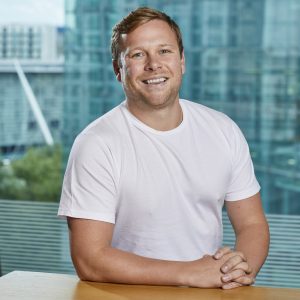 Tom Pickersgill is the founder and CEO of recruitment technology firm Orka, previously Broadstone. Tom shares his insight into the current situation with Key Workers and salaries in the age of Covid.

During the first lockdown, there was – very rightly – a huge emphasis on recognising the contribution of the key workers keeping our country going. We had weekly claps and saw many individuals and organisations offering gifts and donations to those in the workforce. While these demonstrations of appreciation felt powerful at the time and helped to bring us together, they arguably no longer go far enough in properly compensating key workers for the job they have been doing in difficult and dangerous circumstances.

With the majority of us having transitioned to home-based working, a huge number of people on the frontline have had no choice but to continue working throughout the pandemic, putting themselves and often their families in harm’s way. Recognising this contribution and the vital function they play, rather than clapping for our key workers during the second national lockdown, I believe it’s time we properly remunerated them with much fairer pay.

A vast majority of key workers are underpaid for the vital services they provide. We now need to go further than words of support by introducing a key worker minimum living wage across the UK, which is equal to the current London living wage of £10.75. This would see people properly rewarded for the important work they do, and also encourage more people to see key worker roles as a viable career path that can offer a decent standard of living.

As CEO of Manchester-based work tech company Orka, we provide a platform for 50,000 hourly workers. We’ve been filling a lot of key worker roles in the cleaning and security sectors and will soon also be plugging gaps in the care home sector. After witnessing first-hand the challenges in recruiting and sustaining the army of key workers that’s needed, we are certain that the pay structure needs to change for people working in these jobs. There is a huge demand for labour currently, even in the middle of a pandemic, but many people simply won’t consider these roles whilst rates of pay fail to be competitive.

This change in pay structure will require us to formally recognise what roles should be classed as key workers, with the government collaborating with the relevant industries to make this happen and subsidise if necessary. While certain public sector roles are in line for pay rises thanks to recently introduced Government spending, this will ignore many thousands of key workers in the private sector working in cleaning jobs, supermarkets and delivery roles.

These jobs aren’t easy, hours can be unsociable and the roles are rarely glamourous, but as we’ve found out -they are the building blocks of our economy and the people behind them need to be recognised and adequately rewarded.

This is more important than ever now – we have huge levels of unemployment, and growing demand for key workers – we’ve seen this with the companies we work with. We should be encouraging people to enter these jobs and this requires us to make them more attractive through better pay. A weekly clap is no longer enough.

In his first blog for Infologue.com, Noah Price, Head of the G4S Academy, provides an overview of the secu...
Read More

Jose Saez – Weaving Guest Experience into the Fabric of Security