The following has been added to provide context to the interview.
The Equality Act 2010 created a public sector equality duty (PSED) which replaces the race, disability and gender equality duties. The Act requires public sector bodies to eliminate unlawful discrimination, advance equality of opportunity and foster good relations.

The Act protects people from discrimination on the basis of ‘protected characteristics’. The relevant characteristics for services and public functions are: Race – Disability – Gender – Sexual Orientation – Age – Religion.

As a public body the SIA is required to meet the public sector equality duty under legislation. This includes promoting professionalism of individuals and companies within the private security industry including regard to equality and non-discrimination.

Earlier this year the SIA made an announcement based on the findings of their research focused on gender, ethnic minorities and disabilities within the private security industry. I began the interview by asking Liz about the Equality and Diversity initiative.

“We picked two strategic themes at the beginning of this strategic planning period, one on reducing violence, and the other on equality and diversity. Those are the two overarching strategic themes that we were pushing forward. We review our strategy every September. It is my belief however, that strategic themes should stay in place for a while to allow for headway to be made. It seemed to us, when we discussed it with the members and the senior executive team, an area where we really ought to be putting our head above the parapet. We needed to be saying “What’s going on here?” and showing what others are doing. Perhaps, we should be doing no more than shining a light”.

Things have changed…
Liz proceeded to highlight the sheer contrast in terms of gender within the security industry. “It hit me rather starkly when I heard that only 9% of the SIA’s licence holders are women. I’ve been a public servant now for 46 years and when I started, we females were a rarer bunch than we are now. Things have changed however, I remember being on the promotion panel for the first woman senior post in the Immigration and Nationality Department. I also remember managing the first Home Office woman jobshare, but we’re talking twenty to twenty-five years ago”.

When compared with similar industries, private security appears to be one of the least diverse in terms of gender. Liz went on to discuss the Regulator’s role within this. “I’ve been working with the Police, who are up in the well high twenties to thirties, and the Armed Forces in the twenties to thirties percentage wise. I can’t give precise figures because they change all the time. It’s just the dramatic contrast when you look at this industry. You have to say to yourself hang on a minute, I’m a Regulator, and I’ve got no regulatory obligation to look at this. I do however have a regulatory obligation to look at best practice and quality. As a public body, I have a duty under The Equalities Act to ask “Am I doing everything I can to promote equality?”

There still seem to be barriers… 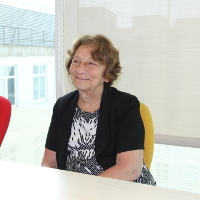 Liz explained what she believed the two most important aspects of independent review’s findings were. “The two most important things were that there did still seem to be barriers there. It isn’t just as simple as saying “If we advertise we’ll get more women in”. The evidence was interesting, particularly the qualitative aspects. The quantitative evidence confirmed what we thought was the position. We had anecdotal information. In addition, we had hard information about licence numbers”.

“The other interesting aspect was that women who did join the industry were often full of praise for the nature of their work and the way that they had progressed. That was not the case for ethnicity. In the qualitative research for ethnicity, people said they felt career limited. There were numbers in post but the quality of the research suggested that they did not feel comfortable and they did not think they would be considered for promotion. So that was worrying on that side. In terms of gender, the findings did show that women, once they were in the career, could be good role models because they seem to enjoy it and flourish when they were there”.

I quizzed Liz as to possible reasons for the gender split within the private security industry. One of the possibilities raised was unsociable hours. “I think the important message is that there should be no false barriers. Nobody should be made to work what one person thinks is unsociable hours. However, for some people those unsociable hours are just the hours they want to work. Therefore I can’t see a gender or an ethnicity basis, certainly not an ethnicity basis, for saying unsociable hours. Actually it suits some families very well for one of them to work conventional hours and one of them to work unsociable hours, whichever way round that is and whatever partner works which set of hours. You certainly find that when you look at other jobs with unsocial hours such as bar work, they’re working the same hours as the security staff, but you don’t have the same issues. The important thing is that there is no institutional barrier, it’s chosen. If I choose not to work unsociable hours or I choose not to work in the security industry that’s one thing. Situations where a person wants to enter the industry, but there are barriers, are where the problem arises”.

Reflect the community that you’re serving… 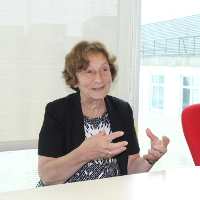 I put to Liz my anecdotal research, which suggested that a conflict situation where a female security officer is involved is more likely to end in diffusion. “I don’t think that is just anecdotal research. Some of the research that we’ve done as part of the violence strategy suggests that when you’ve got a mixed team of door supervisors, then you are more likely to calm the situation than to exacerbate it. Again it’s about reflecting the community that you serve. If you reflect the community that you’re serving, then you are more likely to get the support of the people that you are trying to police, in its widest sense”.

“It’s all to do with people having a confidence. In the end it shouldn’t matter. In the end, if we reach the place we’re trying to go to, we will be blind to gender and ethnicity. That is where we want to end up. At the moment however, it’s about getting buy-in from those that you’re working with. The broader based that the employed staff are, both in terms of gender and ethnicity, the greater the likelihood that they have support from the community. I don’t think it’s more complicated than that”.

Liz continued: “Now that, in a sense, shouldn’t need to exist because in looking at awards in security, you should find that you’ve got a mixed group of people. However during the transition period for these things, you’ve got to try and focus. Our research was on both ethnicity and diversity. On diversity, I don’t think there are any problems in the industry with numbers. It’s where they are in terms of career progression. With women, there’s just a lack”.