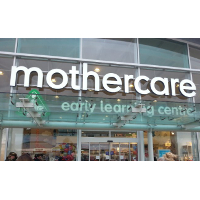 As an iconic British retailing brand, with over 175 stores across the UK, Mothercare’s main priority was to find a security company that could work in partnership with them to improve their security provision.

Mark Ricketts, Head of Profit Protection at Mothercare, said “Our security requirements are constantly evolving and, as such, we wanted to work with a security company that not only provided operational excellence but would invest time and energy really getting to know and understand our requirements. Brooknight proved to be exceptional in their approach and won us over with a security solution designed specifically for our needs”.

David Marchio, National Accounts Director at Brooknight stated, “I am delighted that Mothercare, after intensive scrutiny, has entrusted Brooknight to look after their security needs, both within their stores and at their Head Office. It is a testament to our impressive operational track record and the calibre of security staff we employ”.

The national contract, which is for manned guarding and key holding, commenced on 1st January 2016.