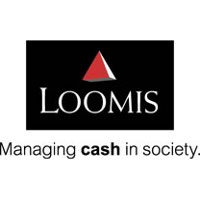 Loomis, one of the leading cash handling companies, has entered into an agreement to acquire 100 per cent of the shares in VIA MAT Holding AG (“VIA MAT”). VIA MAT is based in Zurich, Switzerland, and is one of the world’s leading companies in international valuables logistics. The enterprise value is approximately CHF 200 million corresponding to approximately £135 million.

The acquisition enables Loomis to expand its service offering by adding International Services to the existing Cash in Transit and Cash Management Services lines of businesses. The International Services consist of three types of operations; cross border transportation of cash and precious metals, storage of valuables and general logistic solutions.

Furthermore, as a result of VIA MAT’s position in the Swiss cash handling market, the acquisition will make Loomis the market leader in cash handling in Switzerland.

VIA MAT and its subsidiaries have about 1,000 employees with presence in Asia, South America, the Middle East, US and Europe. The acquisition will give Loomis access to several new geographies and add new growth opportunities.

Operating margin in VIA MAT is approximately 6 per cent compared to Loomis’ operating margin of 9.7 per cent in 2013. The acquisition is expected to have a marginal positive impact on earnings per share of Loomis in 2014.

“This acquisition is a perfect strategic fit for Loomis, adding International Services as an important piece in Loomis service offering. In addition, this acquisition creates opportunities for further growth in current as well as in new markets. I look forward to working together with VIA MAT’s management team and employees to make this a successful combination. We are very pleased to add this business to our Group”, says Jarl Dahlfors, President and CEO of Loomis.

The closing of the acquisition is subject to relevant regulatory approval and other customary closing conditions.