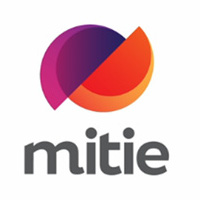 Mite has already been providing NuGen with site security cover for around twelve months. Under this new agreement Mitie will manage security at the site of the Moorside Project close to Sellafield in west Cumbria, NuGen’s company headquarters in Manchester and at the company’s Moorside Information Centre at Whitehaven Civic Hall until 2018.

NuGen is in the development phase of a project to build three AP1000® reactors, which will generate up to 3.6GW of low-carbon electricity – equivalent to seven per-cent of the UK’s electricity requirements and enough to power up to six million homes. The first of the three Westinghouse AP1000® reactors is targeted to come online in the mid 2020’s.

Jason Towse, Managing Director of Mitie’s Total Security Management business, said: “We want to give our clients the reassurance that they are working with sector experts, which is of paramount importance in critical security environments”.

Sam Stephens, NuGen’s Head of Security, said: “The safety and security of both our workforce and the public is an overriding priority. Our work will continue to increase as we progress through our development phase and placing this contract demonstrates our commitment to progressing the Moorside Project with the highest regard for security and safety.”