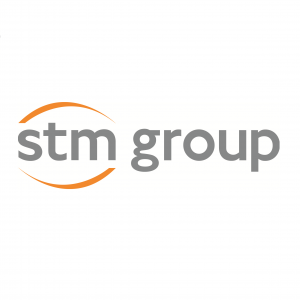 In March, the STM Group were recognised for their work at the London Transport Awards 2020 (LTA) and the SME News UK Transport Awards 2020. This recognition follows a period of significant change starting with the appointment of a new CEO in 2019. This period saw the company restructure and modify their business model and strategy.

On 12th March 2020, STM Group was awarded the accolade of ‘Transport Supplier of the Year’ at the prestigious London Transport Awards 2020 for its ‘Making a Difference’ project in the railway industry. Held at the Park Plaza London Riverbank Hotel, it was the 17th annual event. These awards are supported by both Transport for London (TfL) and London Councils, aiming to “recognise excellence in transport, and rewarding innovation and progress for transport initiatives which are really working in London”.

Both awards are given to organisations which have demonstrated exceptional levels of service on the railway network. In this case, the work which STM has undertaken, with Network Rail and various Train Operating Companies, on the prevention of railway suicides, was recognised.

STM CEO, Paul Jacomb said “STM has been rightly recognised for the excellent work it has undertaken in this most demanding of sectors. Nothing is more important than saving life, and there can be little doubt that STM has been an integral part of a successful strategy of suicide mitigation, introduced by Network Rail and its partners. We are delighted to have received these awards and are looking forward to continuing to strengthen our relationship with the transport sector. As part of our new strategy, we also look forward to transferring those skill sets developed in the challenging transport environment, into other, high profile, business sectors”

STM Group Marketing & Communications Manager, Arevika Stepanian added “It is so great to see the efforts of STM being recognised through such prestigious awards. The last year has truly been phenomenal, with the impact of our Trespass & Welfare Team, on the railway network, being nothing less than priceless. We are delighted to be winners of this category, and extend our sincere thanks to our heroes on the front-line”

STM Group has announced the internal appointment of Arevika Stepanian, to the new created role of Director of Customer Ex...
Read More
Subscribe to our newsletter