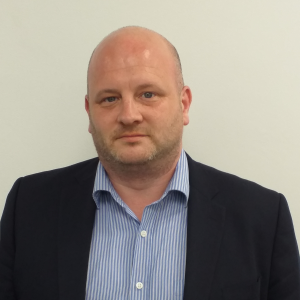 In his first blog for Infologue.com, Mark Hobden, Business Continuity and Compliance Manager for Ultimate Security discusses what he believes are the 6 most common mistakes that security companies make.

Mistakes are often made by individuals within the security industry, I am not referring to disciplinary related mistakes made by staff or trivial errors like being an hour late for a deadline, but mistakes that can have an impact upon our business and the service we provide to our clients. This article will be an overview of a selection of mistakes that often occur within our industry. By no means is this list exhaustive. In theory, each topic discussed warrants its own article.

Incorrect costing of contracts: Missing something as simple as bank holiday pay or failing to take leap years into account could end up costing the security provider financially, additionally failing to add in correct training costs (especially wages for staff attending training courses) can also end up costing the organisation financially. As profit margins are tight within the manned guarding industry any costing error on a contract eats into the profit, and in worse case scenarios some contracts may operate on a financial loss.

Tenders: When tendering and presenting for new business it can be easy for staff from both sales and operations to get carried away with what Is being offered to the potential new client. Whilst obviously wanting to sell themselves and the organisation to the potential new customer they may list all services that they offer but fail to clarify what is a regular contracted service and what comes at an additional cost. Certain training requirements, project work and systems have on regular occasions been offered as part of a standard contract and not an additional service. This obviously has negative financial implications upon the security provider and as covered in the above point regarding costings, we are in an industry that has small profit margins, so any financial penalty has a substantial negative impact upon the security provider.

Mobilisation presumptions: Unfortunately, it is not that uncommon for even experienced security professionals to make rudimentary mistakes during the mobilisation of a new contract. Quite often experienced operators presume they can mobilise a site in the exact same manner as previous ones, not taking into account that each client and location is different. Mobilisation plans are used; however, many people forget that any plan is supposed to be adaptable to their needs and just try to carbon copy their last plan. Anything that contributes to mobilising a new contract in a poor manner can have an extremely negative impact upon the contract, any goodwill from a decent mobilisation is lost and we automatically start on a back-foot. In the absolute worst-case scenario, it could lead to loss of contract that has a negative financial impact and possible damage to the brand.

Management appointments: Whilst recruitment isn’t the easiest of tasks at any time, on occasion companies do not help themselves by going for the easier and quicker option. How many times has a security officer been promoted to supervisor because “they know the building”. Surely there is more to being a supervisor than just knowing the layout of a building, it is a junior management position and basic managerial skills are required. It doesn’t just occur with junior positions; how often has a security manager been promoted to account manager/director with no real knowledge of managing multiple contracts at once. Obviously promoting from within has its benefits but there are huge differences in managing a stand-alone contract to multiple. May be worth considering a period of shadowing to see if the applicant is up to it and understands the role.

Tunnel vision/narrow mindedness: Some staff on certain occasions may have the attitude “that’s not my responsibility”. This relates to staff from all levels from security officer to director. The individual focuses only on one task or issue, ignoring the bigger picture. This can also relate to not having a full understanding of their role and that of other colleagues. An example could be a security manager not taking the time to learn the functions of a building management/automation system (BMS) believing it to be the responsibility of the engineers, failing to take into account many buildings in London do not have 24/7 on site engineers. By no means am I suggesting they take ownership of the system, but security should be aware of the system and alarms that may trigger, and by actively learning this it then puts them in a better place to respond should there be an issue. This will also assist them in protecting their client’s property, and at the end of the day that is the primary reason as to why they were hired.

Taking the easier option: Many people have at one time taken the easiest route when dealing with an issue. Some examples; A security officer with extremely poor attendance was removed from one security contract then placed on another that had a higher pay-rate, essentially, he was rewarded for having poor attendance with a substantial pay rise. In theory, the director that removed him should have followed the HR process when dealing with this matter. Another example is throwing staff into the reserve or bench officer pool when they have been removed off a contract after a client request, again this is taking the easy option rather than going through the legal HR process of an investigation and potential disciplinary. All this does is move the problem from one location to another.

As stated in the introduction, this list of mistakes is an overview. Each of the listed topics can have a negative impact upon security operations and future business.