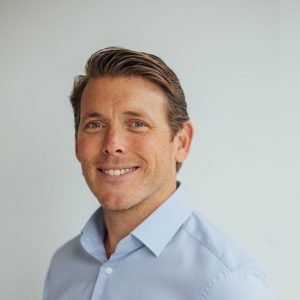 There are almost 300 suicides on the UK’s rail network every year. Each one of these tragic incidents seriously affect those involved and will have a lasting impact beyond the immediate event. Train drivers are often forgotten in the horror of the episode as the focus turns to comforting friends and family, with many drivers experiencing PTSD (post-traumatic stress disorder) as a result of the graphic and upsetting scenes that they have witnessed.

There are strict regulations around how a rail-suicide is managed. The train is brought to an immediate halt regardless of schedules, specialised funeral services are contacted, witnesses are interviewed, and train drivers and other members of staff undergo counseling and welfare visits to ensure that they receive the care they need.

Around 80% of suicide attempts involving the rail network, unfortunately, prove fatal. The human impact is understandably huge from such a tragedy. On the financial side, it is estimated that the cost of these fatalities is around £20million per year. These costs are carried by the railway networks, train operating companies and the British Transport Police. It’s a heavy price, both emotionally and financially.

It is difficult to develop a unified solution to suit every scenario. Above ground and underground rail environments are different and each one requires an approach that considers its unique characteristics. An underground tube train will stop at each station, whereas above ground the trains move faster and can present a greater threat to life and, potentially, even more effective means of suicide. Another consideration is the shape and length of the platform which varies in underground and above ground scenarios, as does the amount and frequency of passengers moving through stations and near train lines.

The point at which an underground train is most accessible and moving at its greatest speed is just as it enters the station, therefore, most successful suicide attempts tend to take place at the first third of the platform. This has seen the introduction, in some parts of the world, of Platform Edge Doors or Platform Screen Doors that prevent access to the train until it comes to a complete stop. Though effective, these solutions are costly to roll out across a whole network, and therefore not always a viable option.

Suicide is not an easily understood behaviour and studies are limited, but the research that has been undertaken has shown that opportunities for intervention, while limited, can be hugely effective. There is a time period often referred to as the ‘30-minute wave of contemplation, which invariably precedes the act of suicide, with the majority doing so in the first 10 minutes. This highlights the importance of not only being able to identify and assess an individual’s state-of-mind but to be able to do so quickly, thereby increasing the chances of suicide prevention.

Studies suggest that people are often seen to be acting ‘strangely’ before they attempt suicide and even though this is difficult to qualify, it can be used as a defining point against which preventative solutions are measured. There are behaviours that are unique to individuals, but it is possible to identify patterns. Sometimes people who have successfully intervened have said that they felt something wasn’t right. These factors can be used to add to the development of a holistic solution that can be used to support existing measures.

The analogue Closed Circuit TV (CCTV) systems, used historically in and around train stations have become severely limited in their capabilities when compared to the modern connected technologies available in today’s digital age. Analogue camera technology, able to record, store and replay video for post-incident analysis was deemed a success in a world that moved much more slowly. Now, busier stations with far greater footfall, unfortunately, mean many more incidents, and therefore a demand for a much faster response.

Tools only capable of providing forensic analysis can no longer meet the demands of modern rail security. While it’s still important to be able to obtain surveillance footage for analysis after the fact, it’s absolutely crucial that today’s systems are capable of providing detailed high-quality footage of events as they unfold in real-time. This enables station managers and relevant personnel to respond quickly and accurately to a situation as it happens.

As only one-third of suicide attempts take place at the train station, with many occurring at level crossings or other locations across the network, covering the thousands of miles of track continues to present a challenge. However, the implementation of modern video surveillance and analytics represents a giant leap forward in being able to more effectively cover multiple locations, and this can only improve as the technology and related infrastructure continues to develop.

Video Content Analysis applications (VCAs) can be used to detect unusual behaviour on station platforms as well as in any other location on the rail network that is determined to be an area of risk. Modern IP cameras are not only capable of providing increased image quality, but can also cover much larger areas due to improvements in camera resolution. They work effectively in poor lighting conditions, which can make a huge difference to behaviour monitoring.

In addition, the possibility of integration with audio systems increases the capabilities of a networked video solution as part of a comprehensive suicide prevention programme. A pre-determined announcement played via an IP horn speaker in the vicinity of an individual can help to break the ’30-minute wave’ and afford a member of staff time to reach and interact with a subject before a potential suicide scenario escalates.Generic pre-recorded announcements can also be made to remind the public about areas that are off-limits or dangerous, acting as a deterrent.

You can read the full white paper at: https://www.axis-communications.com/suicide-prevention

Lucas Young is Axis’ Business Development Manager for Northern Europe, responsible for transport sectors. Lucas comes from a risk management and security consultancy background and has worked extensively in the transport sector including ports, maritime, rail and airport environments. His wide experience of working in both operational and strategic roles give him an excellent insight into the issues, challenges and potential solutions facing those who work in all aspects of transport security

A Recipe For Disaster – The Risk of Eroding Margins

Graham Tilly, Managing Director of <a href="https://riskmanagementsecu...
Read More
Subscribe to our newsletter