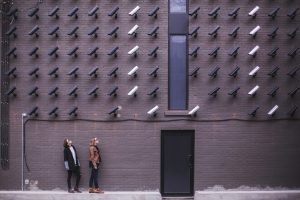 It is predicted that the global security market will expand to reach over $167 Billion by the year 2025. During the next 6 years the market’s Compund Annual Growth Rate is expected to be around 10.3% according to a recently published report by Grand View Research. This growth will be largely driven by new technology as well as the adoption of current technology in developing nations.

Markets such as India and China rely on high quantity, low-cost headcounts to supply their industry as the cost of labour is low, and in many cases, vastly lower than the price of technology. As their economies grow, labour costs are increasing and there is a drive to increase efficiency per officer. This is particularly true for China, where the Bao An (Security Guard) has been historically seen as a form of social welfare with the government requiring a set number of guards based on the size of facilities or compounds. Adolescents and the elderly have been heavily represented in these jobs but as costs increase, this is starting to change.

A significant portion of this growth will in the area of surveillance. Facial Recognition, real-time monitoring and AI behavior analysis systems are being adopted by both developed and developing economies. Like many other industries, automation will be playing a large role in the near future with AI systems lessening the manpower required to operate a surveillance center. Video Surveillance already was leading the market last year, spurred on by the increased adoption in high-traffic areas including transportation hubs and commercial districts.

The Electronic Security maintenance and support market is expected to grow in-line with the hardware and software areas. The effect of this can already be seen in the UK, where well-known manned guarding businesses are increasingly investing in this area.