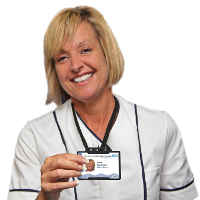 The importance of lone worker protection in the healthcare sector has been reinforced by the latest NHS security figures, which reveal a shocking 5.8% rise in physical assaults against health service staff in the past year.

Patrick Dealtry, Chairman of the Lone Worker Section of the British Security Industry Association – the trade body representing the UK’s private security industry – comments: “With staff facing an increased risk of physical assault on a day-to-day basis, employers across the healthcare sector should be committed to the development and implementation of a comprehensive lone worker protection policy, to protect their employees and the organisation at large.”

Lone working – where individuals are required to work either alone or without direct supervision – is commonplace in the healthcare sector, with a 2012 study by the Royal College of Nursing revealing that more than 60% of community nurses spend more than half their time as a lone worker without immediate access to a colleague for support. Over 70% also reported that they had been subjected to either physical or verbal abuse during the course of their jobs in the two years prior to the study.

Thankfully, the use of lone worker devices by many NHS Trusts and private healthcare firms is helping to alleviate this situation. Working alongside their clients in the healthcare sector, several members of the BSIA have developed highly-effective lone worker devices, which are equipped with G.S.M (mobile phone) technology to connect employees quickly and discreetly with an emergency response system that has direct links to the police. In fact, a number of products are now commercially available from BSIA member companies, including the Reliance Protect solution used largely across the NHS, which is styled like an ID card holder.

The central security management body for the National health Service, NHS Protect, is taking the risk of violence seriously. Richard Hampton, the organisation’s Head of Local Support and Development Services, said: “NHS staff should expect to be able to provide care in a safe environment, free from violence and physical assault. NHS Protect urges employers to take firm action in all cases of assault against NHS staff. We urge all NHS staff to report assault and acts of violence against them. Employers must do all they can to support staff in preventing incidents and pursuing offenders.”

Working alongside private security providers is a key element of NHS Protect’s lone worker protection strategy, and the organisation is actively involved with the BSIA’s Lone Worker section committee, particularly its work in the development of the British Standard for lone worker protection, BS8484. The adoption of BS8484 lone worker solutions in the NHS is implemented largely through a national Framework Agreement, currently held by BSIA member company, Reliance High-Tech.

Chris Allcard, Head of Lone Worker Services at Reliance High-Tech, comments: “Choosing a supplier whose lone worker protection solutions fully adhere to BS8484 is an essential step in mitigating and eliminating the risks faced by lone workers in the healthcare sector. One of the key benefits of BS8484 solutions, aside from a top priority response from the Police, is that they enable audio evidence to be captured, which can be used as part of taking action against aggressors and offenders, giving healthcare organisations an added layer of protection.

“Integrating these solutions into an organisation’s lone working policies and procedures, coupled with ongoing compliance monitoring, can help provide a comprehensive solution such as is currently evident within the NHS.”

To view the statistics relating to assaults within the NHS, visit http://www.nhsbsa.nhs.uk/3645.aspx