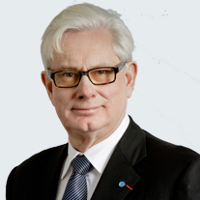 The ISS Board of Directors has elected board member Thomas Berglund as Deputy Chairman of the Board.

Thomas Berglund is President and CEO of Capio, one of the leading healthcare and medical companies in Sweden and Europe. Prior to this position, he served as Chairman of the Board of Capio. Mr Berglund has been a member of the Board of ISS since March 2013 and has extensive experience in leading and growing international service companies, including serving as CEO of Securitas from 1993 to 2007.

Mr Berglund holds a BSc in Economics and Business and is a former consultant with the Swedish Management Group and adviser to the Swedish government administration. He is a board member of the Swedish Association of Private Care Providers.

Lord Allen, Chairman ISS, said: “I’m delighted that Thomas Berglund has accepted to take on the additional role as Deputy Chairman of the Board of ISS. Thomas has an extensive international experience and is a highly experienced service sector industrialist. Few people understand the service industry better than Thomas. ISS has taken great strides in recent years, it has a global leading position in the industry, and we have ambitious plans for the future. I’m convinced that he will be of significant value to our endeavors in his new expanded role.”

Thomas Berglund, Deputy Chairman ISS, said: “It is an honour to take up the role as Deputy Chairman of ISS. Since I joined the ISS Board of directors, I’ve been sincerely impressed with the strength of the company, its governance structure and the strong focus on customer value at all levels of ISS. In this new role, I’m thrilled to have the opportunity to support ISS in its exciting journey to become the worlds’ greatest service organisation”.