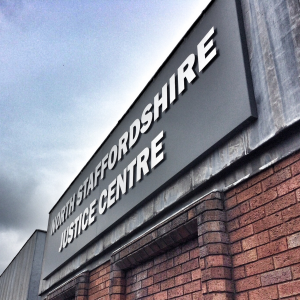 On September 02, Kevin Warburton, a Staffordshire door supervisor was convicted and fined for working at Moorville Hall Hotel after his license had been revoked.

Mr. Warburton, 50, of Stoke, pleaded guilty to working in a licensable security operative role whilst unlicensed. He was ordered to pay a £200 fine, £300 costs and a victim surcharge of £30.

His conviction came about through a report to the Security Industry Authority (SIA) in January. The report claimed that despite having his license revoked in December 2017, Warburton was employed in a licensable security operative role at the Moorville Hall Hotel. Despite numerous requests to return his license, Mr Warburton ignored the SIA for nearly a year.

When interviewed by SIA investigators in July, Warburton confessed that he had in fact been working while unlicensed and that “family upheaval” had been the reason for his failure to respond to the Security Industry Authority. Prior to the interview, investigators had uncovered a paper trail including time-sheets that they used when they confronted him.

“The SIA robustly regulates the security industry, and will seek to prosecute those who chose to ignore the legislation in place. Kevin Warburton was not licensed to work as a door supervisor, and yet he used his revoked SIA licence on a number of occasions. He deceived the company who employed him, and customers at the venue, by pretending that he was properly licensed. Security regulation exists in order to protect those who use contracted security services, not to mention the general public. Unlicensed security staff are not only illegal; they are unregulated, unsafe, and a potential risk to the public.”

Judge Grego, who presided over the case, noted that the defendant’s offense would have resulted in a custodial sentence had he not plead guilty. Additionally, His previous good behaviour and evidence of mitigating factors provided by the defence, contributed to the Judge’s decision to only hand down a fine.

Mr. Warburton is required to begin paying his fine within the next 28 days or face the possibility of further penalties.

As we countdown to the end of 2022, we take time to pause and reflect on the past year, the highlights and achievements during what ...
Read More

Zoë Billingham has been appointed as a Non-Executive Director of the ...

Zoë Billingham has been appointed as a Non-Executive Director of the SIA. Her appointment is effective from 06 December 2021 and sh...
Read More

Michelle Russell formally appointed Chief Executive of the Security In...

On Sunday night (10 October) the Security Industry Authority (SIA) is running a safety resilience exercise at West End venue, The Cuckoo Club. The SIA is running the exercise in partnership with the Metropolitan Police S...
Read More