As incidents of violence continue against couriers of cash and valuables, the cash in transit (CIT) industry is moving towards the adoption of robust body armour to provide physical protection against violent attacks.

G4S knows that the investment in this technology is proving its worth. Just this year we saw a case in London where the body armour worn by a crewman prevented a potentially fatal attack.

Two individuals threatened the crew member with a gun and screwdriver before repeatedly attempting to stab him in his stomach. As a result of the body armour, no serious injuries were sustained and the courier walked away with little more than bruising.

G4S, along with other leading players in the industry, engage a wide range of sophisticated measures to protect CIT and ATM crews to avoid any incidents taking place; the body armour used by our employees is the most effective means of avoiding serious injury should these preventative measures prove unsuccessful.

Prior to 2005, G4S undertook analysis on the nature and frequency of the attacks carried out by criminals to determine what additional action could be taken to reduce the number of attacks and, most importantly, protect employees.

The results suggested that while the use of weapons, such as sledgehammers, metal pipes and guns in an attack was thankfully rare, when a courier was attacked the most common injury sustained was blunt trauma. 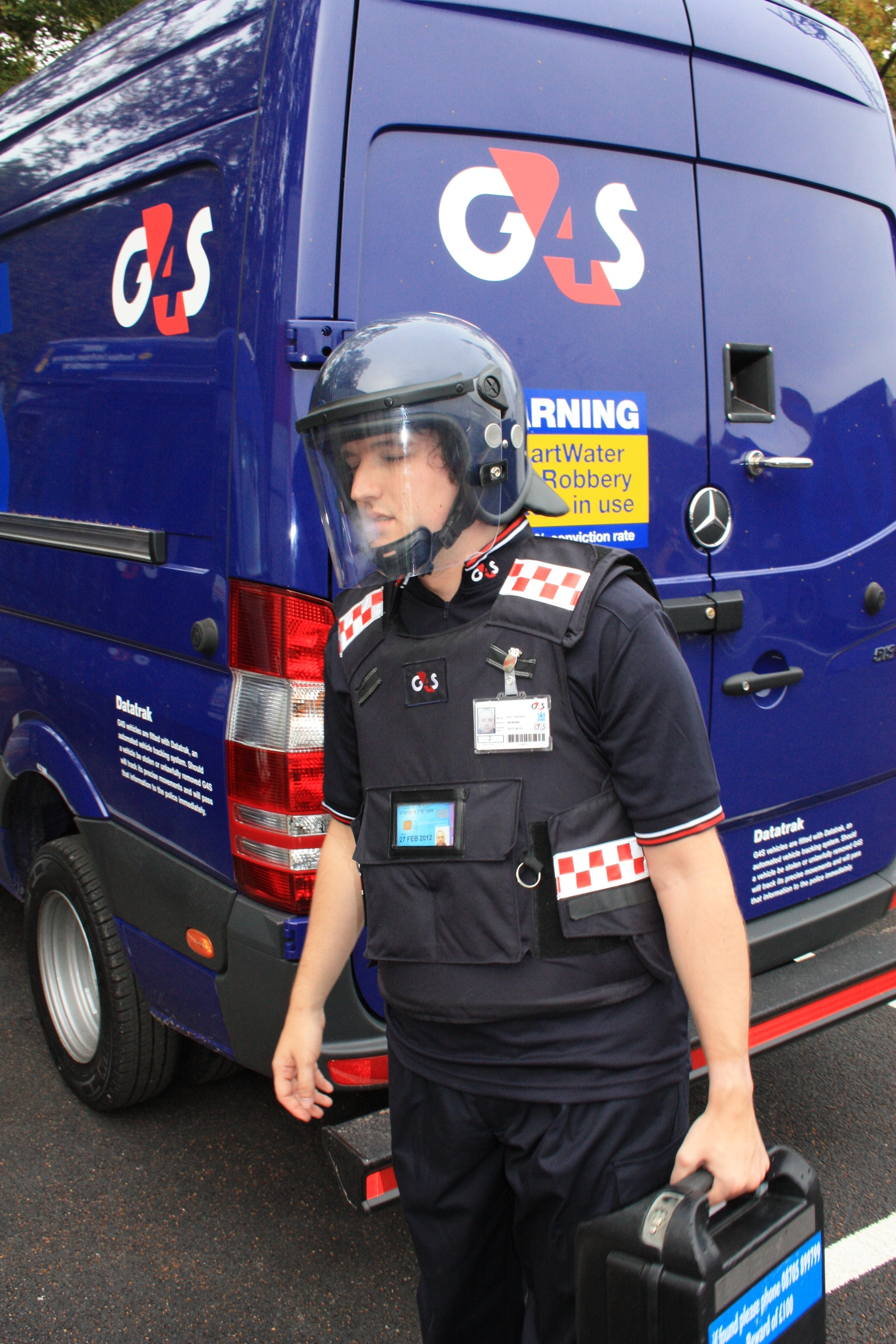 In 2005 we developed a protective vest manufactured using breathable materials and tailored for the wearer to ensure optimum comfort while offering a strong resistance to a variety of dangerous weapons. Initially this armour was deployed to teams in areas with high crime levels who were at greatest risk of attack.

Since day one, feedback from our staff and GMB Union representatives has been overwhelmingly positive.

In the knowledge that the criminal profile is always changing and that as a responsible employer we must always strive to ensure we are providing the best possible protection for our staff, G4S reviewed the armour once again in 2009. Working closely with the GMB and staff members, we made a number of small changes to the vest to ensure it gave the best possible protection while still giving the level of mobility necessary to do the job.

The new design provides a level of protection two steps higher than that which is used by the police today and is Home Office Scientific Development Branch (HOSDB) KR2 (knife), SP (spike), and HG2 (handgun) rated. This amour, provided by our chosen manufacturer Jack Ellis, provides our employees with the best physical protection possible with minimal impact on their comfort or movement.

It has always been known within G4S that a smart appearance makes ‘would be criminals’ think twice about conducting an attack. This industry knowledge has now been backed up by recent independent research conducted by the Jill Dando Institute of Crime (JDI).

G4S has a long running crew initiative entitled ‘Smart and Safe’, educating staff on the role that their appearance has in deterring CIT and ATM attacks. The JDI research has now added fresh impetus to the campaign and we have compelling evidence from convicted criminals that how smart a courier looks can be a key factor when assessing a target for an attack.

Armoured vests are now deployed by G4S nationally to every CIT and ATM courier, and the adaptations made since 2009 have received the seal of approval by both crew members and the GMB Union.

Brian Terry, GMB Chair for London and South East, who supported us throughout the design process, has said the number of drivers that have been saved from serious injury since the armour was deployed is testimony that this was and remains the right way to go.

While it is impossible to prevent attacks on couriers of cash and valuables, here at G4S we are determined to stay one step ahead of criminal activity by continuing to develop techniques and technology that help defend our employees against attack.