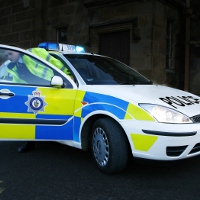 Continued partnership working between Police and private security firms has helped forces across the country reduce costs in the face of public sector budget cuts.

In a report published earlier this week by Her Majesty’s Inspectorate of Constabulary (HMIC), police forces’ response to budget cuts were praised, while concerns have been raised around the impact on neighbourhood policing. Responding to this report, the British Security Industry Association (BSIA) – the trade body representing the UK’s private security industry – is reinforcing the important role played by security firms in delivering cost savings to forces across the country.

Since 2011, Police forces have had to find £2.5bn of cuts, while the central government funding grant for police forces in England and Wales was cut by 20%. Rising to the challenge, forces’ response to these cuts has been rated either “good” or “outstanding” in a recent report by Her Majesty’s Inspectorate of Constabulary (HMIC).

Providing support services and performing back-office functions is a key way in which private security firms help to drive efficiency by freeing up warranted police officers to return to front-line duty. HMIC’s report highlighted a projected reduction in the police workforce of up to 34,000 people by March 2015, by which time there will also be 8,500 fewer front-line police officers. Despite this, efficiency is on the rise, with the proportion of police officers in front-line roles set to increase from 89% to 92%.

HM Inspector of Constabulary, Zoe Billingham, said: “It is not easy to provide the high quality police service that the public rightly demands, with far less money… Forces have had to change how they do their business – the best of them understand their demand in a sophisticated way and target their resources well, work with local public sector organisations to reduce crime, and collaborate with others to reduce costs.”

Indeed, many members of the BSIA already collaborate with police forces to provide a range of services, from victim support provided by personal safety devices, to ‘street to suite’ custodial services, which have been proven to save 350 hours of frontline police time in an eight-week trial period.

Meanwhile, concerns over neighbourhood policing are also allayed by private security involvement. One member of the BSIA has supported police in driving down anti-social behaviour by conducting park patrols in Manchester, while another member company provides additional support for police in one of London’s busiest shopping destinations, Carnaby Street. Most recently, seven BSIA member companies were selected to support the policing function at this month’s Commonwealth Games in Glasgow.

Chief Executive of the BSIA, James Kelly, said: “It is not about creating a privatised police force, as many opponents of partnerships working would have us believe. In contrast, this is a case of private industry taking on support functions to aid the police in delivering the Government’s programme of reform.

“The security industry already contributes significantly to assisting the police and emergency services if called upon to do so, and the BSIA will continue to engage with police forces, PCCs and Parliamentarians through its dedicated public affairs programme, to ensure that political thinking remains open to this diverse and innovative approach.”

Chairman of the BSIA’s dedicated Police & Public Services Section, Robbie Calder, added: “Police reform simply cannot be delivered without the support of private security companies. Many of the core aims of police forces would be difficult to achieve without outsourcing at least some support functions to the private sector.”

To find out more about the BSIA and its Police and Public Services section, please visit www.bsia.co.uk/police-and-public-services

HMIC’s report, entitled ‘Policing in Austerity: meeting the challenge’ can be viewed online at: http://www.hmic.gov.uk/publication/policing-in-austerity-meeting-the-challenge/