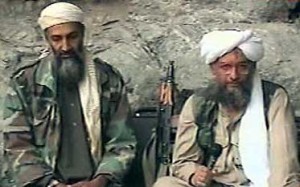 “Zawahiri, not bin Laden, who has the organizational and mental skills to run Al Qaeda”

Seen by Al Qaeda as a safe pair of hands, Zawahiri, lacks the charisma of bin Laden, but nonetheless, his intellectual and spiritual approach to furthering the aims and objectives of the terrorist group are popular with the jihadists. He was the founder of the Egyptian Islamic Jihad (EIJ), which opposes the secular Egyptian Government and sought its overthrow through violent means. In 1998, the EIJ led by Al-Zawahiri merged with Al Qaeda. Osama bin Laden’s “official” biographer, Hamid Mir concluded that it was “Zawahiri, not bin Laden, who has the organizational and mental skills to run Al Qaeda.” Whilst there has been success in recent months in eroding the Al Qaeda leadership, with Zawahiri at the helm we can expect business as usual. However, it is clear that intelligence services throughout the world are now more adept at fighting Al Qaeda.

On the 10th October, 2001, the Federal Bureau of Investigation (FBI) released a list of 22 most wanted terrorists. All the persons on the list had all been earlier indicted for acts of terrorism between the years 1985 and 1998. All 22 remained fugitives from justice as of October 2001. Since 2001, eight on the list are now deceased and three are in captivity. This means that 50% of the fugitives are “at large”.The most recent casualty was the demise of Fazul Abdullah Mohammed, last week, who had eluded capture for 13 years and like Zawahiri was on the FBI list of 22, for planning the August 7, 1998, US Embassy bombings in Kenya and Tanzania. Fazul Abdullah Mohammed was regarded by intelligence services as the leader of Al Qaeda in East Africa. The Rewards for Justice Program of the U.S. Department of State is offering a reward of up to US$25 million for information about the location and capture of Zawahiri.