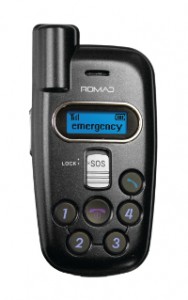 Social care employees of the London Borough of Enfield can now go about their work safe in the knowledge that help is close at hand should they find themselves at risk.

Enfield Council has invested in 100 Romad RSP-100 lone worker protection devices manufactured by Brentwood based Geonovo Ltd, to provide protection for staff who work within various sections of   the Borough’s social care department. Thirteen of the RSP-100s have already been successfully deployed within the children’s sector with the remaining units to be issued to staff in other sections in the near future, following completion of a training programme.

The Romad RSP-100 lone worker handset is a small, lightweight GPS personal tracking device which is equipped with a combination of high sensitive GPS (Global Positioning System) tracking and two-way GSM communication, as well as an extensive list of personal safety features which address all the requirements of lone workers, e.g. ‘Man Down’ alert. It is compliant with the British Standard 8484 Code of Practice, a key specification of which is that a person carrying a lone worker protection device should be able to be located within 10 metres and conduct a two-way voice communication with an alarm receiving centre. Simple, over the air commands are used to configure the device, providing pre-programmable speed dial numbers and a rugged SOS alert button.

The Romad RSP-100s issued to Enfield’s social care employees will be monitored at the Enfield Public Safety Centre (EPSC) located in a secure location in Edmonton, North London. The EPSC is a purpose built combined CCTV control, traffic enforcement and alarm receiving control room for the Borough of Enfield and surrounding areas. Control room operators currently monitor over 260 cameras 24/7. The centre also houses Metropolitan Police Officers who are based on site full- time to collect and analyse evidence of any incidents. 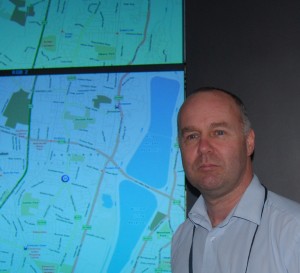 The centre is managed by Alan Gardner who knows more than a thing or two about how to operate a multi functional, multi client control room having been involved in the design of the EPSC and then overseen its construction and official opening in 2003. He had previously performed a similar same role for Stevenage Borough Council.

It was Alan who instigated the process which has resulted in the EPSC being able to add lone worker protection to the list of services it offers its clients. “I had been looking at additional ways in which we could capitalise on the superb monitoring facilities we have at the EPSC and lone worker protection seemed to be an obvious choice. The London Borough of Enfield employs so many people who could potentially find themselves in vulnerable situations and the Council of course, regards the safety of its employees to be of paramount importance,” said Alan. “I therefore took a long hard look at the various devices on the market and came to the conclusion that the Romad RSP-100 offered the best value in terms of both price and performance.”

Coincidentally, Geonovo’s technical team had just completed the integration of the Romad operating software with the Bold Communications alarm receiving software platform used at the EPSC, making it almost effortless for Alan to introduce a lone worker protection service utilising the Romad RSP-100.

“One of the really useful and important features of the Romad RSP-100 which is particularly relevant to how our social care staff work, is that one of the pre-allocated speed dial numbers allows lone workers to leave a recorded message when they arrive at an appointment. This message is safely stored on one of our servers and can be quickly retrieved if the user is out of contact or if there is concern for his or her welfare. Users can also be assured that we are able to monitor via an on-screen map display in our control room where they are at anytime during their working day in the event of an alarm event or incident,” said Alan.

Alan intends to offer lone worker protection as a service to other London Borough of Enfield departments employing staff who may be at risk, such as school caretakers, the Community Enforcement Team responding to noise nuisance reports, waste recycling teams and highway officers. “We can also offer this service to other councils who may not have their own alarm receiving centre,” said Alan. The Centre is currently going through its BS 5759 accreditation process following which it is Alan’s ambition is to extend the reach of the EPSC by offering the Romad RSP-100 to commercial and other organisations outside of the council.