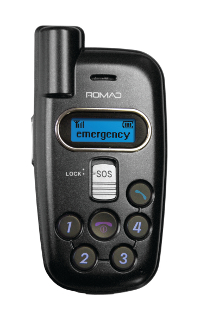 A major innovation by Geonovo Ltd has made the monitoring of lone workers an immediate possibility for virtually any alarm receiving centre in the world.

“This represents a giant leap forward for Geonovo as it negates what has until now been a major barrier to the vast majority of ARCs, generating a new revenue stream by offering lone worker protection as a service to their customers,” said Lawrie Hutcheon,  Technical Director  for UK based Geonovo. “Out of economic necessity, more and more people are having to work alone and as a consequence, may be at risk. The RSP-100 has the potential to save lives as well as give peace of mind to the millions of people who work alone and who may feel vulnerable. It can also be used as a valuable workforce optimisation tool and mobile phone with options to make calls using either speed dials numbers only or to dial any number like a regular mobile phone.”

As a result of the firmware upgrade, the RSP-100 can simultaneously send SIA format alarm data both to an ARC and optionally Geonovo’s web based administration, configuration, tracking and reporting system. The location of a lone worker can be identified and continuously updated using GPS and SMS whilst a two-way voice call is in progress.

The Romad RSP-100 lone worker handset is a small, lightweight GPS personal tracking device which is equipped with a combination of high sensitive GPS (Global Positioning System) tracking and two-way GSM communication, as well as an extensive list of personal safety features which address all the requirements of lone workers e.g. ‘Man Down’ alert. The RSP-100 is fully compliant with the British Standard 8484 Code of Practice, a key specification of which is that a person carrying a lone worker protection device should be able to be located within 10 metres and conduct a 2-way voice communication with an ARC. Simple, over the air commands are used to configure the device, providing pre-programmable speed dial numbers and a rugged SOS alert button. One of the pre-allocated speed dial numbers, for example, allows lone workers to leave a recorded message when they arrive at an appointment. This message is safely stored on a server by the ARC and can be quickly retrieved if the user is out of contact or if there is concern for his or her welfare.

“As part of the process of introducing the new firmware, Geonovo has created a rapid evaluation and deployment package to ensure ARCs in any country in the world can, with very little effort, immediately offer lone worker protection to their customers,” said Lawrie Hutcheon.