This is Infologue’s annual round-up of the best body cameras available in the UK for security in 2022. This article will focus on non-streaming, widely available body worn cameras. It will not include “Amazon bodycams” as the majority of these are unsuitable for professional security teams. All of the models on this list are body cameras with audio and video recording. While this list is aimed at the professional security industry, many of the models listed can double as personal or police body cameras.

When choosing the Top 5 best body-worn cameras for UK security in 2022, we looked at 4 main areas. These areas are the body camera’s price, specifications, special features and integrated software. The results are listed in no particular order. 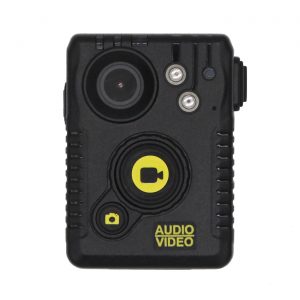 The Camera: The Partner MK4 Body Camera is part of the 4th Generation of The Partner body worn camera UK models. The Partner Body Cameras have been widely used by UK security teams for over a decade. The MK4 is the highest spec model on the list with regards to video resolution and has the largest battery.

It can record in 1440p and is one of the few cameras that can record at 60FPS at 1080p. It uses H.265 encoding meaning that the 32GB standard memory can hold a lot more footage than body worn cameras with H.264 encoding. Most importantly, for security body camera users, it has AES256 encryption (GDPR Compliant).

It has infra-red night-vision with 15m range as well a customisable watermark should you wish to add your company/officer name and/or ID. The watermark will then be burned onto all the footage that the body camera records.

The Software: The MK4 DEMS is a locally installed solution that allows for easy decryption and viewing of footage. It has an audit log that keeps track of any interactions with files such as viewing, editing and deleting. The body camera DEMS also allows you create users so that you can control access and identify who interacted with which file.

Summary: The Partner MK4 is a purpose built, security body camera. It is high-spec, low-cost, rugged with a solid software package behind it. The software, while not as polished as something like the Pinnacle DEMS or the Hytera SmartMDM, is more than enough to meet the needs of most security companies at a fraction of the cost. The MK4 also is fully supported by the Interconnective Technical Support Team which makes getting set up and resolving issues much easier than some others on the list. The Partner MK4 is the highest performing piece of hardware on this list by the numbers, and comes in at the middle with regards to price. 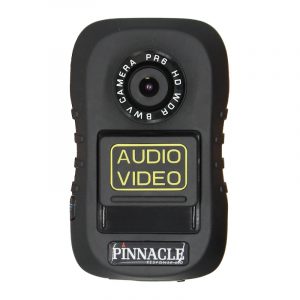 The Camera: The PR6 is the current model of PinnacleBody Cameras’ widely deployed body cam. The successor to the PR5, the Pinnacle PR6 has a unique figure 8 shape, an IP66 rating and can record in 1080p. It has a convenient front slide activation switch and a 32GB memory.

As this model has been out for several years now, the technology behind it is a little out of date, however the one thing that you can count on with Pinnacle devices is the polish. While the PR6 isn’t the highest spec device anymore, their DEMS software is constantly being updated. The PR6 supports encryption if used with the software.

The Software: The Pinnacle DEMS software is one of the more powerful pieces of body camera software. It uses freeze frame technology and includes video rendering functionality rather than simple playback. It is available in both cloud-based storage or local install formats. Local install does carry quite a hefty installation charge however.

Summary: The great thing about Pinnacle Body Cameras is that you always know what you are going to get. Their offerings are always polished, easy to use and well made. The Pinnacle PR6 is a solid bodycam with decent specifications although a little dated now. The Pinnacle DEMS is what you would expect from a professional DEMS software. The system is fully supported by the Pinnacle Technical Support team so no issues there. Taken as a whole system,  rather than the individual components, the Pinnacle PR6 DEMS is a great choice for those with the budget to get it. There is also flexibility between local installation and cloud storage models, albeit with a price tag on each. 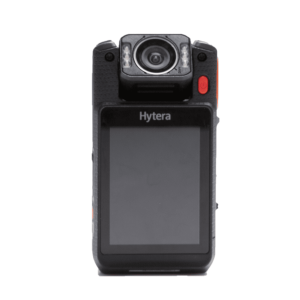 The Camera: The Hytera VM780 is an interesting device. Made by radio manufacturer, Hytera, it is fully integrated into their more advanced radio models. In fact, VM stands for video microphone as it occupies this role when working in conjunction with the radios. One of the big selling points of this device is the rotatable lens.

If you are looking for a camera with a forward-facing screen, this is the least expensive way of doing it (WCCCTV & Reveal are more expensive). Spec-wise, the VM780 is pretty standard, 1080p at 30fps, 32-128GB storage, 30 second pre/post record, low-light capabilities. It does have an IP68 rating which is the highest on the list despite also being the only body worn camera with a screen. It is also encryption-capable.

The Software: Hytera have 3 different types of software depending on the number of devices and how much you want to spend. You get the free RVM File Manager with the camera which is ok for individual users but lacks many of the features of a DEMS software. There is the SmartMDM which is a step closer to a proper DEMS, quite polished but not as strong on video rendering. The SmartMDM plus dongle will set you back around £500 as a flat fee with no ongoing. The Hytera DEM is a more complex server-based system which holds up to many of the major players when it comes to software but is much more expensive than its competition.

Pros: Can have screen facing forward, Large screen for on-site playback, Hytera Radio Integration, Free RVM Software
Cons: Mediocre specs for the price, Software can be expensive, Battery Life can be an issue with long shifts

Summary: The VM780 was the top of the range Hytera Model in its’ last generation. It is also the only model that is still in production. Specifications wise, you can get better for the price elsewhere but the real USP for the VM780 is the rotatable lens. This essentially allows you to turn it into a front-facing screen camera. This style is much touted by its manufacturers like Revel Media and WCCTV. They argue that watching yourself being recorded on screen de-escalates situations. Others argue that it is a provocation. It is really down to what the individual user believes. If you specifically want a stand-alone front facing camera, then the VM780 is a good choice. 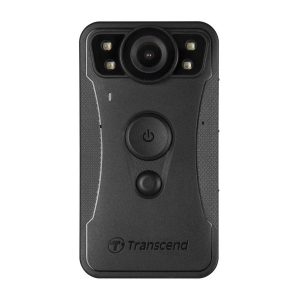 The Camera: Like the Hytera VM780, the Transcend DrivePro Body 30 has a large multinational Asian company behind it, this time not from the radio industry but from the electrical components sector. Transcend are one of the world’s largest manufacturers of electronic components who after producing a popular line of Dash cams, moved into the wireless CCTV body camera arena.

The Transcend Body 30 offers solid specs including 1080p at 60 fps and 64GB as standard. It does however use H.264 encoding so you don’t get as much out of those 64GB as you could with a newer model. It has a decent battery life, an IP67 rating, pre-record as well as a Sony designed STARVIS Image Sensor.

Summary: The Transcend DrivePro Body 30 is less a security body camera and more of a civilian body camera the other cameras on the list. It is straight forward to set up and the software available is easy to use albeit limited in scope. It does not support encryption which means that it is not GDPR compliant which will pose issues for professional security teams. If you are looking for something that is easy to use straight out of the box, and more for personal use, then the Transcend Drivepro Body 30 is a solid choice. 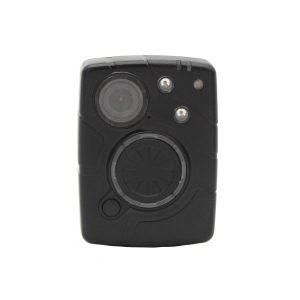 The Camera: The Partner EC1 is part of The Partner range’s 4th generation along with the MK4. It is a lower cost, lower-spec/less polished  small body camera alternative to its shinier cousin. Aimed at individual security body camera UK users such as door supervisors, the EC1 offers 1296p recording, 32GB memory, up to 55 seconds Pre-Record and 60 Seconds Post Record

. It has one of the bigger batteries on the list with up to 10 hours continuous recording depending on resolution. It also has all the standard bells and whistles such has night-vision, snapshot functionality, GPS etc.

The Software: The Partner EC1 comes with a Cam Manager software but no file management/ DEMS software. It supports AES256 encryption and comes with a decoder but this is far more time consuming to use than something like the MK4 DEMS which just plays encrypted footage. For file management, you would just use your windows file manager.

Summary: The Partner EC1 Body Camera offers a decently high-spec device for a very low price. It is aimed at individuals on a tight budget who have higher requirements for the device than the software. It is also the lowest cost camera available with Encryption but having to use a deconder for each individual file can be a pain. If you are not using encryption then files can be watched like normal using something with a decent codec library like VLC. All in all, The Partner EC1 is a lot of bang for your buck but it is not quite as smooth and seamless as using something like an MK4 or a PR6.