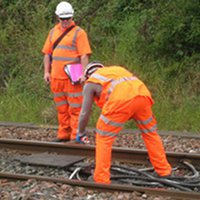 The first release on metal theft recorded by the police shows a steady decline in offences across England and Wales in each quarter of 2012/13 with a 40% fall between April to June 2012 and January to March 2013. During this period the government provided funding to the National Metal Theft Taskforce to focus enforcement activity and new legislation came into effect.

Last December the government tightened the net around rogue sellers by:

The figures published today (28 November) show there were 61,349 metal theft offences recorded by police in 2012/13. Around half of these (47%) were related to metal stolen from infrastructure such as lead roofs, electricity pipes and manhole covers.

Metal theft has a huge impact on communities and I’m encouraged to see an early reduction in this crime. The early signs are that our changes, including increasing financial penalties, banning cash payments and improving enforcement through the National Metal Theft Taskforce are starting to take hold. This crime affects everyone — from the stealing of cables that delay your rail journey home to the shocking theft of war memorials which costs hours of police time. From this weekend it will be illegal for people to trade without a licence. We are sending out a strong message to rogue dealers – you will be caught.

In October 2013 the government’s Scrap Metal Dealers Act, which gives authorities and the police the power to revoke licenses where they suspect illegal activity, came into effect. As part of the new law, magistrates can issue fines of up to £5000 to any metal trader they find dealing in cash, operating without a licence or breaching the licence conditions.