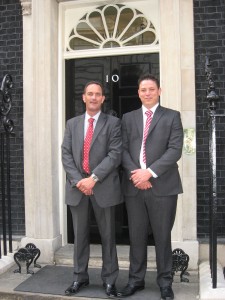 Prime Minister thanks G4S for security at G8 Summit

Infologue.com has learnt that Eric Alexander, Managing Director of G4S Events, was thanked by the Prime Minister at a private reception in Downing Street last night for the work G4S carried out in securing the G8 Summit last week.

The Prime Minister’s private reception at Number 10 was a ‘thank you’ to those involved with the G8 Summit in Northern Ireland last Monday and Tuesday. In his speech to the attendees, the Prime Minister specifically thanked G4S for its successful security services.

Security industry watchers have said that G4S’ security work at the G8 Summit, the G7 meeting of finance ministers in May and the recent Bilderberg Conference in Watford is a sign that the company is still considered a trusted provider of security services at major governmental events.

After meeting the Prime Minister, Eric said to Infologue.com: “It’s fantastic to receive recognition from the Prime Minister that we did such a great job at the G8 last week. He made us feel really welcome and the mention we got in his speech was well received.

“I’d like to thank all colleagues who worked hard to plan and deliver our successful security package in Enniskillen last week. They were excellent ambassadors for G4S.”