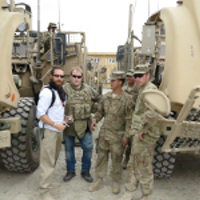 English actor Tom Hardy called on the expertise of international security specialist Pilgrims Group this June, to ensure his safe passage to sensitive locations in Afghanistan.

Hardy, known internationally for roles in movies including ‘Inception’, ‘Lawless’ and newly released ‘The Dark Knight Rises’, visited the country with scriptwriter/producer Olly Williams to research a new feature film, ‘Samarkand’, which documents the traumas of a Special Forces soldier returning from service in the territory. They wanted to experience first hand the reality of life in an environment where terrorism is an ever-present threat and to visit places usually off limits to ordinary travellers, while limiting any risks they might be exposed to.

Pilgrims, founded by William Freear (Former Special Air Services), is also security adviser to the film and obtained special permissions from the US military and Afghanistan prison authorities to give the VIP visitors the access they required. The company arranged all accommodation, security personnel and vehicles through its own in-country assets, while Hardy and Williams were looked after and advised by its best Special Forces personnel, including Pilgrims managing director, William Freear.

“In my line of work it’s very important to do the right kind of research,” says Hardy. “Part of that is endeavouring to immerse oneself in areas and cultures that are off the beaten track to the most civilians. Observing the real world is not always possible or sensible without the help of appropriate adults who can facilitate, escort, advise, supervise and generally take care of every situation that can, and often does, arise on a daily basis in these territories.”

Producer Williams continues: “Elements of our film are set in an urban war zone and track the operational intensity of a Special Forces soldier. Tom, as an actor, and I, as a script writer, wanted to get a sense of daily life in an environment where there is constant danger. Spending time on the ground with Pilgrims’ professional operators, observing their protocols and visiting serving military personnel and bases, gave us valuable insight into daily life and banter as well as into local customs.”

Pilgrims, which was awarded Risk Management Company (RMC) status from Afghanistan’s Ministry of Interior Affairs this February, arranged for the guests to visit an Afghan prison and the British Cemetery in Kabul.

“Pilgrims adopted a typically, low profile to cater for Tom and Olly’s visit,” says Freear. “We relied on the quality of our intelligence, planning, personnel and procedures to ensure a safe and successful trip. Our approach was to allow as much exposure to the real Afghanistan as possible without putting them at unnecessary risk.” 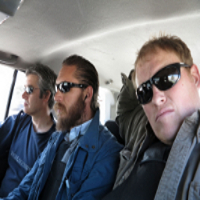 Williams, who is co-writing the film with his brother, photographer and director Greg Williams, says: “Visiting Afghanistan with Pilgrims has helped us to get a sense of the urban environment in which our soldiers are serving today. Although we are conscious we only scratched the surface of the operational challenges they face, we left feeling we had a sense of the truth on the ground in these locations. We plan to use Pilgrims services in all key elements in the location, action training and kit selection for our film. Having the Pilgrims stamp of ‘ground truth’ will give our film a special quality often missing in films of men and war.”

“Pilgrims sustain the highest standards of security with a level of discretion specific to those who are genuinely operating in their comfort zone.” praises Hardy. “We saw how their teams act with incredible ability, affability, insight, wisdom and integrity. I cannot recommend Pilgrims highly enough for all those who need to go far afield to bring home their business.”