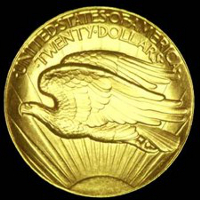 When the most expensive gold coin ever to go under the hammer was exhibited in the City of London recently, its owner called on Corps Security to ensure that it was kept safe during its stay.

The 1933 $20 Double Eagle is a legend within the coin collecting fraternity and is possibly the most valuable ounce of gold in the world, attracting the interest of kings, presidents, collectors and thieves. In 2002, one of the few remaining examples sold for $7.6m – making it the highest priced gold coin to come to auction up to that time.

This is the first occasion that a 1933 Double Eagle has been publicly exhibited in Europe and the UK was the first leg of a seven nation European trip arranged by the Samlerhuset Group, parent company of The London Mint Office, in conjunction with the Smithsonian Institution.

The coin has been held in the National Numismatic Collection at the Smithsonian Institution since 1934. Although nearly half a million of them were originally minted in the midst of the Great Depression, only 13 are known to still exist today. The rest were melted down before they ever left the United States Mint, sacrificed as part of a strategy to remove the country from the gold standard and stabilise the American economy. 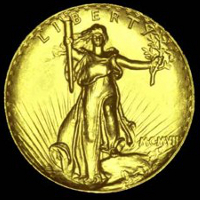 Only one coin is legally in private hands. All other 1933 Double Eagles remain the property of the US government and the US Secret Service pursues any further coins that come to light. Marc Pachter, interim director of the Smithsonian’s Museum of American History, commented, ‘The 1933 Double Eagle is a symbol of a shared struggle in an interdependent global economy, both in the early 20th century and today.’

Not surprisingly, the organisers had to ensure the highest levels of security during the tour. For the UK leg they called on the services of Corps Security to protect the coin while in transit and during its time at Goldsmiths’ Hall, where it was displayed to the public. Mike Bluestone, director of security consulting at Corps Security, headed up the operation and explained, ‘While the vast majority of attention surrounding this event was overwhelmingly positive, it was our job to keep the coin and those individuals travelling with it safe for the entire duration of their stay.’

With so many variables, predicting when and where a security threat could have occurred was incredibly difficult. Bluestone carried out an exhaustive security risk assessment and commented, ‘We had to carefully examine every single location where the coin would be throughout its stay and no stone could be left unturned. Therefore, we undertook a thorough analysis of all the buildings and transport routes, identifying any particular causes for concern and putting in the necessary measures.’

When the plane carrying the coin landed at Heathrow Airport, Bluestone and his team were there to meet it following close coordination with the Met Police at Heathrow. They then coordinated its transportation via secure escort to a number of locations around London as part of a publicity itinerary before it was exhibited. This included various TV appearances – most notably on the BBC’s One Show and Breakfast programmes – where the high level of security could be witnessed first hand as interviewers questioned the coin’s escort, Karen Lee, curator at the Smithsonian Institution.

Lee commented, ‘We have, for a long time, wanted to bring one of the Smithsonian’s two 1933 Double Eagles on tour to show this remarkable piece of US financial and numismatic history to the European public. Of course, maintaining its safety was a top priority and as soon as I met Mike and the rest of the Corps Security team I was impressed and reassured by the level of thought and attention to detail that they put into every single element of the security operation. Their level of vigilance was exceptional and they made a number of valuable suggestions that installed a huge amount of confidence in what they did. I will certainly take their advice with me throughout the rest of the tour and beyond.’

The Double Eagle has now left the UK and while the exhibit structures will be shipped between venues by ground transport, the coin is being transported independently. The coin will be accompanied by a carnet — a merchandise passport — to allow problem free passage through customs in each country.

For Corps Security’s Mike Bluestone the visit was a complete success. He concluded, ‘An operation of this kind requires meticulous planning and we managed to combine a low profile presence with ultimate levels of safety for the coin during its stay. The is testament to our experience and expertise in this kind of work and we are delighted to have played our part in helping the Smithsonian Institution bring the Double Eagle to the UK.’