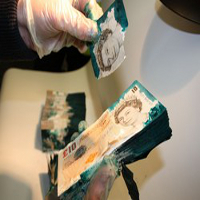 Constabularies in Woking and Cumbria have warned residents that fake £20 notes may be floating around their respective areas.

Woking radio station 96.4 Eagle reported on Thursday June 14th that police are warning local businesses to be on the lookout for any fake £20 in circulation, following a similar announcement made by Cumbria police on Monday June 11th.

Companies based in the Woking area have been advised to check the watermark, holographic strip and the quality of every single note handed to them. However, there’s every chance that a fake could slip through the radar should companies fail to have their takings double-checked by high-quality cash management services.

Meanwhile, Cumbria police claimed to have received reports of counterfeit currency being used in a number of shops near Keswick and Whitehaven.

A statement at newsandstar.co.uk warned there was every possibility that the notes could be found in other areas, reading: “Both businesses and members of the public are asked to be vigilant and to always check their money.”

964eagle.co.uk took a slightly different approach by listing some of the ways to spot a counterfeit note. In the ‘Banknote checklist’, the writer instructed suspicious locals to check notes under UV lights and inspect the micro lettering using a magnifying glass.

Again, an investment by businesses could save them the trouble – stamping out crime in the process.