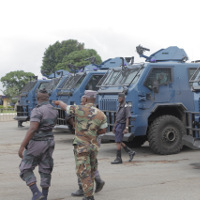 The government of Gabon has purchased a fleet of Maverick internal security vehicles from Paramount Group and successfully deployed them at the Africa Cup of Nations football tournament.

Ten Mavericks were bought by the Gabonese authorities, who jointly hosted the football tournament with Equatorial Guinea, for deployment as public order vehicles at stadiums across the country during the competition.

The tournament faced potential security issues following the Arab Spring uprisings of 2011 in North Africa, and the possibilities of terrorist attacks. An armed assault on the Togo team bus at the 2010 Cup of Nations in Angola killed three people and injured two players.

This year’s event passed off peacefully and now the government of Gabon have added the Mavericks to their general fleet of vehicles.

Ivor Ichikowitz, executive chairman of the Paramount Group, a leader in defence and security innovation, said: “We are very pleased to be able to help the Gabonese government. The Maverick is the perfect public order vehicle – its designs means it can monitor and protect crowds whilst giving maximum protection to its operators. 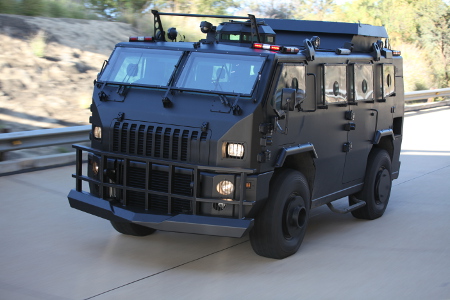 “Their successful use at the Africa Cup of Nations helped ensure the competition passed off peacefully and that there was no distraction from the fantastic football and entertainment served up for fans across Africa and around the world.”

Paramount Group is renowned for its market leading armour protected vehicles which are deployed around the world for use in peacekeeping missions, border patrols, counter-terrorism and disaster management.

The Maverick is one of the Group’s most advanced products – offering agility and protection with a non-aggressive appearance. It can be used in a variety of modes including surveillance and equipped with specialist equipment including water cannon.

Boosted by the popularity of Maverick, Paramount Group is seeking to expand its internal security product range.

This year will see the maiden flight of Paramount Group’s ground-breaking Advanced High Performance Reconnaissance Light Aircraft (ARHLAC) – the first fixed-wing aircraft conceived, built and tested in Africa. AHRLAC provides much of the performance of drones and helicopters at a more affordable cost.