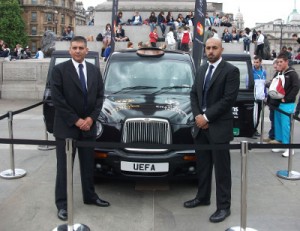 In the build up to May’s Champions League final at Wembley Stadium, Integrated Security Consultants (ISC) provided security for a number of key events that took place across London.

ISC enacted a detailed plan to protect both the Men’s and Women’s UEFA Champions League trophies on their numerous appearances, including a trip to City Hall, a display in the centre of Trafalgar Square, an appearance at Fulham FC on the evening of the game against Liverpool, and to finish off, appearances in Hyde Park for the UEFA Champions Festival that took place between the 21st and 28th May.

ISC’s Operations Manager Graham Harris, tasked with co-ordinating security for the events, explained how ISC implemented plans to provide the utmost professional security for the trophy: “With detailed schedules and forward planning, discussed during daily briefings, we were able to ensure that the trophies arrived at the right location and at the right time. We also ensured all members of our team were smartly presented in order to uphold the professional image of UEFA and of our own company, ISC.” 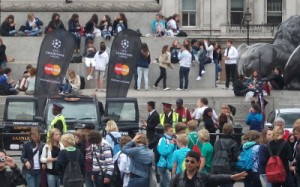 Such high profile jobs involve particular challenges and the protection of the UEFA trophies proved no different, highlighted Harris: “On Custodian Day (May 4th) the trophies were due for an appearance at Anchor House in Canning Town which is a Catholic run drop-in centre. On that day many of the public in attendance wished to get up-close and touch the trophies, which for obvious reasons we could not allow. This situation called for diplomacy and tact, which ISC is renowned for. This approach ultimately enabled us to achieve our client’s wishes whilst ensuring the integrity of the trophies and visitor safety.”

ISC provided the security for all of the trophy appearances, which required adapting to many different situations. The trophies remained in London until the UEFA finals, with the Women’s held on May 26th at Fulham FC’s Craven Cottage and the Men’s on the 28th May at Wembley Stadium.

Harris continued: “ISC is best placed for such a contract due to its strong relationship with the world of sport. I’m delighted to be part of such a well run professional company that has a genuine interest in its clients’ business.”